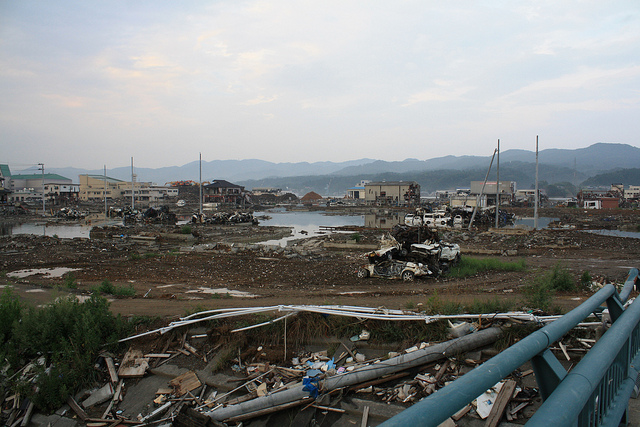 Just one year ago, on March 11, 2011, the gigantic M-9 earthquake hit Japan. The epicenter was offshore of the Tohoku (north-east) region. The  infamous quake triggered an unexpected huge tsunami. Over 10,000 precious lives were lost, and more than 3,000 people are still missing.

The distinctive feature of 3.11 was the secondary disaster.  The quake and tsunami terribly damaged the Fukushima Daiichi (#1) Nuclear Power Plant of the Tokyo Electric Power Company (TEPCO), and caused a serious nuclear accident and with radiation leaks. We are still struggling in the dark chaos of the radiation fear, and it is one of the biggest matters disturbing Japan’s reconstruction.

When the quake occurred, I was in my office on the eleventh floor. Suddenly I felt a strong trembling, and through the window I saw tall buildings swaying violently right and left. Cars disappeared from the street in front of my office. These were really unbelievable sights.

I wrote about the incident on JAPAN Style, so please do take a look >>> http://www.japanstyle.info/03/entry15066.html

After a while, I started to think of creating a record of how Japan would revive itself. I set aside a corner called [Japan after Quake] on my JAPAN Style blog, and once a week I kept posting information/news round-up items relating 3.11.

For the past posts, just click [Earthquake 3.11] from [Category] on the right side-bar of the JAPAN Style blog. 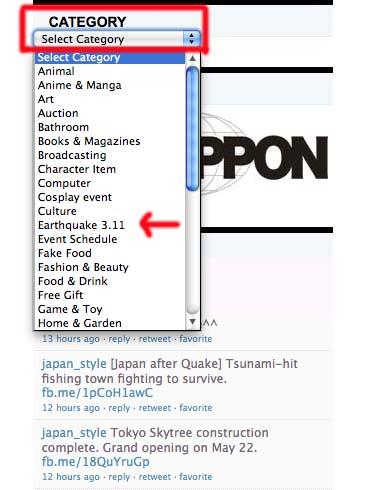 One year has come and gone. Now I feel like I have an obligation to tell you how Japan has been recovering, from JAPAN Style’s point of view. So, I would like to post a series of three articles from today on.

Since the 3.11, in various ways Japan has received major support from all over the world. Sharing our experiences with the world, and applying these to our actual lives mean showing our appreciation for the help we’ve received…This is what I think.

Today, as the first installment, let me quickly review what happened on March 11th. On the second day, I will share with you how Japan is recovering. And on the concluding days (part 1 & 2), I will relate a message told by a volunteer worker and discuss the ways we Japanese are making use of our experiences.

This is the moment when the quake happened. This footage was recorded in Saitama prefecture, over 300 km away from Tohoku. Even in Saitama, such a strong tremor could still be felt. You can see a huge part from the ceiling falling down.

Television footage of disaster-stricken areas showed devastation beyond all description. The more we knew the real situations of Tohoku, the more speechless we became. But after the initial shock wore off, the spirit of charity kicked in, and we moved forward toward recovery.

To be continued soon…