The other day, JAPAN Style introduced a fun notepad that sold at Japanese 100 yen stores.

If you haven’t read the PART 1, please read it. 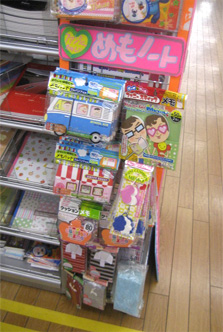 The notepad picked this time is… 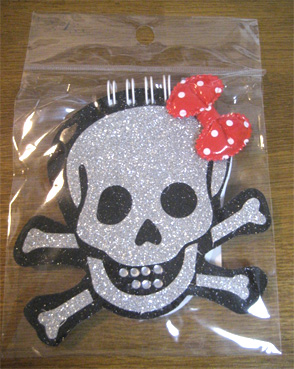 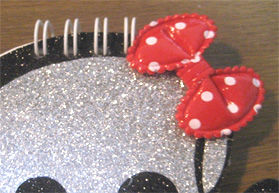 It’s wearing a ribbon. What kinda skull is this??

Well. It says “notebook” so I guess it is a notepad. 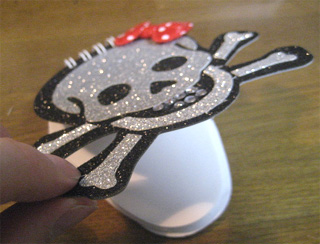 Pinching the bone part and open it. 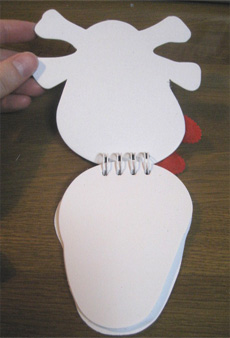 Hmmmm it surely is a notepad 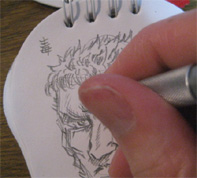 Let me draw something. 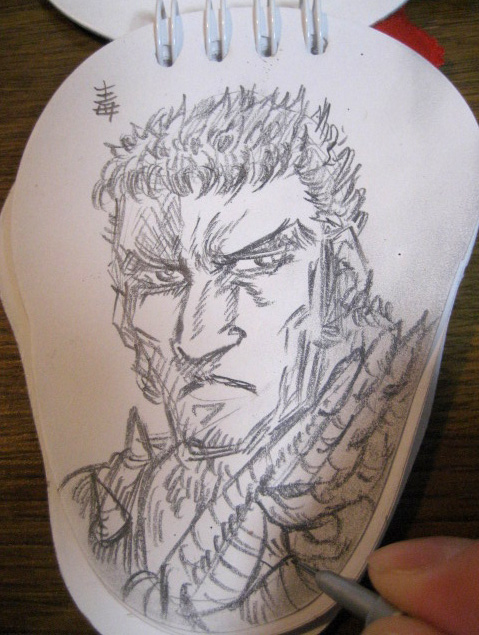 It’s Aikei, a character from Japanese manga, “[W:Sakigake!! Otokojuku]”.
When I saw it first, I thought it was Raoh from “First of the North Star” lol.

This notepad is fun too!

I don’t know who would use such notepads. It’s a mystery…