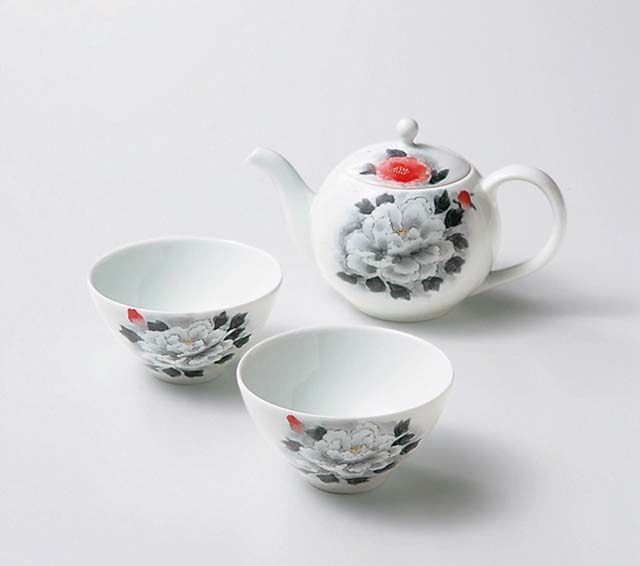 This is a Japanese ARITA-yaki tea pot & cups set.

Aritayaki is thin and light but it’s harder than pottery and very strong.