Foreign Workers in Japan and Their Language Education 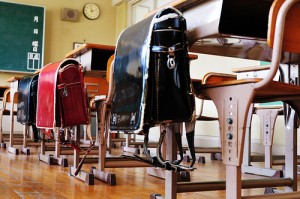 Since the agreements, hundreds of people from those countries came to Japan to become nurses here; however, the wall of the Japanese language is too high.

Last year, 82 candid Indonesian nurses took the national exam but all of them failed because their comprehensions of Japanese language were imperfect.

When they first come to Japan, 90% of their Japanese were beginner’s level, but they have to acquire the technical terms in three to four years while they work at nursing care centers as trainees.

Because taking Japanese classes is not enough to master the language, the Japanese staffs at some nursing care centers tutor them by their own.

A manager of a nursing care center said “since the foreigners help Japan, the nation shouldn’t leave the language education on the institutions but it should continue to support them learning language in a long span.”

Receiving the voices from the institutions, the nation will start supporting the tuition for them to learn Japanese and have workshops more often since this spring.