Today, I would like to introduce an article, which shows a result of interesting study, targeting the Japanese businessmen. 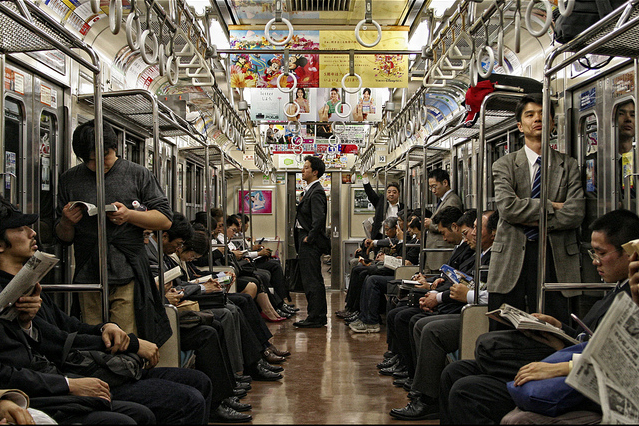 To a question ‘Which day of a weekday is your least favourite day?’, Monday was by far the most hateful day for them with 385 votes.  Tuesday was in the 2nd place with 93 votes, which followed by Wednesday in the 3rd place (73 votes), Thursday in the 4th place and Friday in the 5th place (53votes).

Well, the fact that Monday appears to be the least favourite is understandable because feeling so sad about going back to work after a wonderful weekend must be a common struggle for everybody else (^-^;)  But there was obviously no significant difference between 3 days; Tuesday, Wednesday and Thursday, and the amount of vote seems to decrease as weekend approaches.

OK, now, let’s see the result for the question, ‘Which weekday is the most favourite day in a week for you?’ on the other hand.

Needless to say, Friday was the most popular answer with unbeatable 476 votes.  Wednesday was in the 2nd place (62votes), and the rest appeared to be Monday in the 3rd place (54 votes), Thursday in the 4th place (52 votes) and Tuesday in the 5th place (30 votes).

Friday has enough supporting evidence to be the most favorite day with the result from the previous question; however, interestingly, the result for the rest of days in this survey did not reflect the result for the least favourite weekday.  Also, the article pointed out the fact that Wednesday seems to be pretty popular for businessmen in Japan.  But what would be the reason for this??

I really like the idea:-)  So if you do get to ask to finish a bit of work on Wednesday by your boss, you could possible say to him/her, ‘Oh, wait a minute… it’s no overtime work Wednesday, isn’t it?  Ah, I would love to help you, but it is likely to be impossible_(_^_)_’(To be honest, I think that most of Japanese businessmen would just try their best to complete the task in even shorter period of time rather than challenging their boss… lol   Bless them…)

Also, according to some other survey, 80% of businessmen between in their 20s and 40s nowadays tend to go home straight after their work rather than going out for dinner or drink.  And they were so honest to answer the reason why they wouldn’t go out after work because they are ‘too tired to do so’ and ‘committed not to spend too much money for that’…

Anyway, in addition to weekends, Japanese business people nowadays are entitled to have a bit of rest on Wednesday night with no overtime work policy.  Don’t work too hard, everybody ((+_+))

Please let me know about interesting company’s policy and overtime work issues in your country:－）