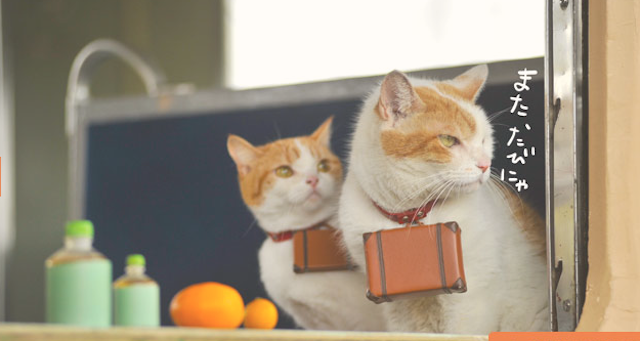 Jalan, the popular Japanese travel website/magazine, has the cutest feline mascots named “Nyaran” (the master) and “Deshi” (the follower) . These two cats journey to many alluring places in Jalan’s TV commercials.

Here’s the scene: Nyaran and Deshi are about to play a traditional Japanese card game called “Hyakunin Isshu”.  Hyakunin Isshu (which literally means “One hundred people, One poem”) originally referred to a collection of classical Japanese poems called “waka”, but it is now best known as a card game. The rules are quite simple. You just find and take the card that the card reader has announced. 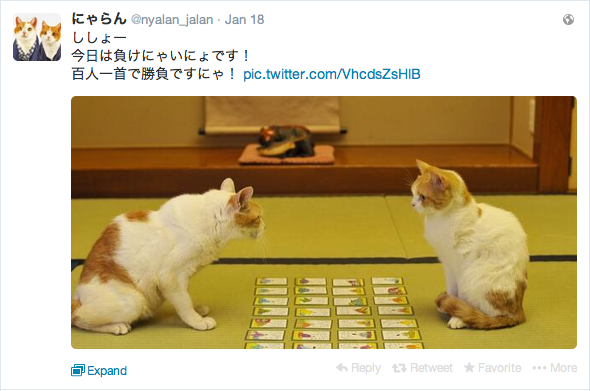 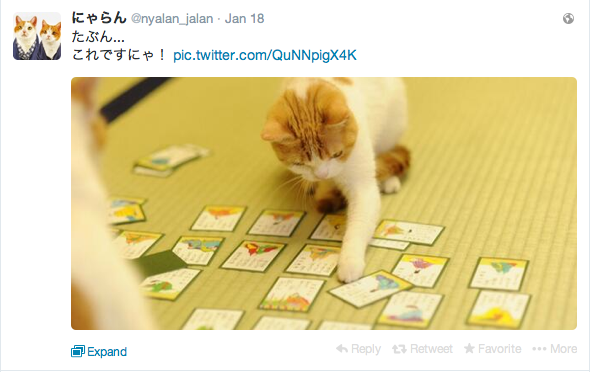 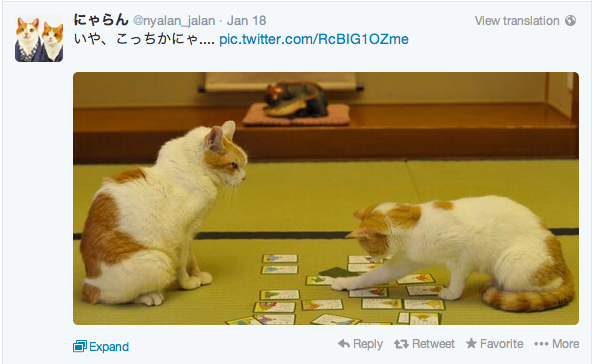 Deshi: Oh, wait. Maybe not this. Must be that one…. 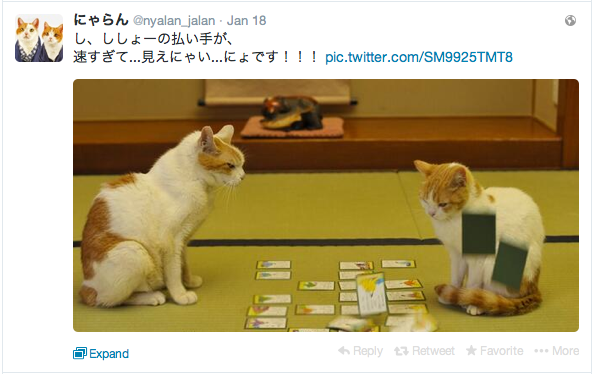 Deshi: Wow, look! Nyaran the Master sweeps the cards away too quickly to see.
I guess I can’t beat him!!! (>_<) 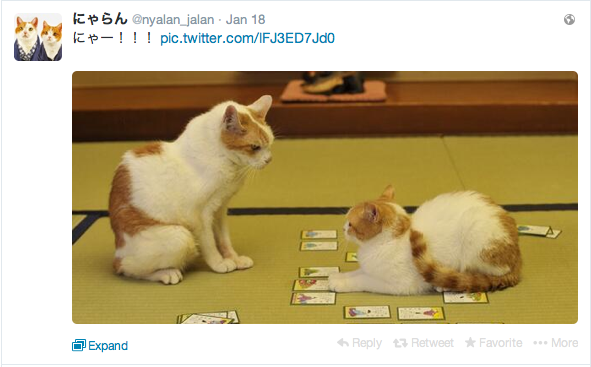 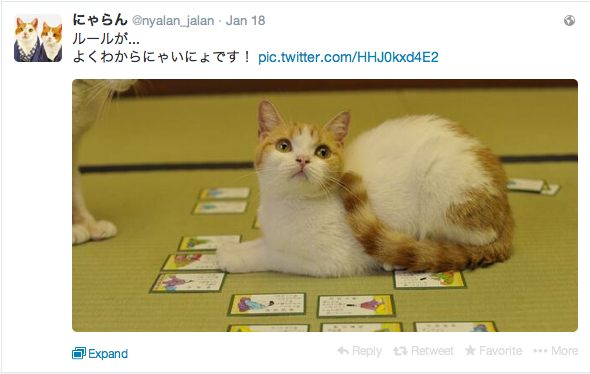 Deshi: Actually, I don’t know much about the rules!

Well… If you don’t know the rules, you never can beat your master, Deshi (^^;) But you are cute and that’s enough!