A new variety TV show “America wo Warawasero! (Make America Laugh!)” is going to start next month on TBS. The show was co-produced by a Japanese entertainment conglomerate and an American TV production company. 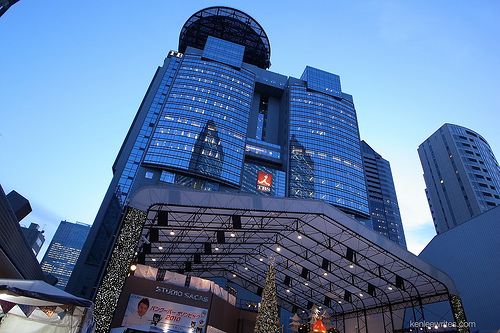 The producer is Mashi Oka, a Japanese-American actor and digital effect artist, who is well known in the American TV series Heros. In the show, Japanese popular geinin (comedians) brings and demonstrate their new ideas for the show to make Americans laugh. And then, American producers judge if they are “Exciting” or “Boring.” Only the ideas that got “Exciting,” will be exported to America.

For example, to show off the Japanese geinin spirit, the comedians eat insect dishes including roach sushi. Eating disgusting things is one of the traditional routines in Japanese variety show.

Because Japanese owarai (comedy) and American comedy are different, the comedians can’t just do their trademark gags, but they have to find what’s common in the two or what makes Americans laugh to get their ideas through.

“Amerika wo Warawasero!” will start from 2pm on March 6 on TBS in Japan.