I’m not sure how many of you know about ‘Kidosenshi Gundam’, but I found an article which says that now the 3rd official Gundam café is opened at Tokyo station. 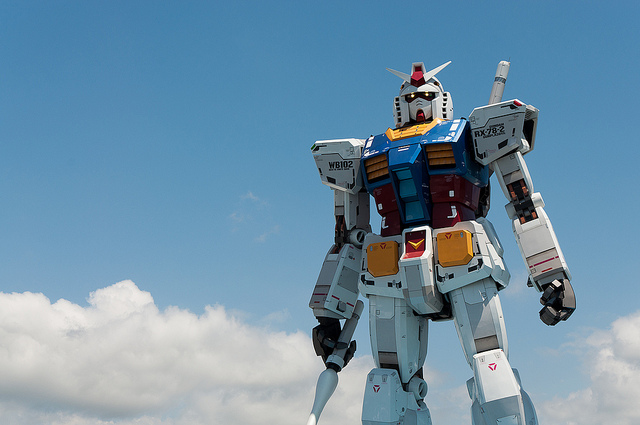 According to the article, the 1st Gundam café was opened in Akihabara which is followed by an open of the 2nd café in Diver City Tokyo.  And this 3rd place, which is opened at Yaesu-guchi side of Tokyo station, is situated in the 1st basement floor, and surrounded by ‘Tokyo Character Street’ and ‘Tokyo Ramen Street’.  So it is definitely going to be one of the popular places around the area!

But how Gundam will be involved in this café?

As this 3rd place is conveniently located at the station, even people who couldn’t reach to any of other café could easily access to this café now and even use as a meeting point!

But why they decided to have Tokyo station as the 3rd place to open their café?

The article explains the reason; since Tokyo station is used not only by residents around the area but people all over Japan for both business and a private use, it appeared to be the best suited place to convey a beauty of Gundam to people who don’t know about it yet.  So this is not only for a serious fan but also for those who don’t know well about Gundam.

FYI, this café does not only have some café space, but also some souvenir space so you can buy some sweets, snack and original Gundam goods as a nice souvenir from Tokyo station!

If you are a Gundam fan, please let me know!  I’m curious how many people are seriously in love with the story 🙂