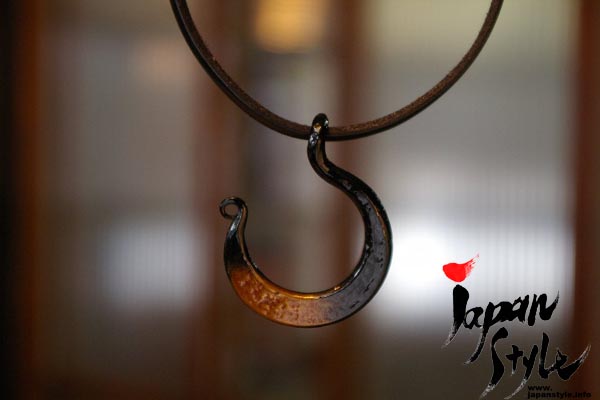 This is the pendant with Nanbu Iron (painted lacquer, Japanese URUSHI).

It looks like “Moon”. Pure gold dust use! This moon line reveals the mysterious shapes of the spring and autumn moon.