Let me introduce a Japanese entertainment website that I check often.

One day, a picture of a unique construction product was introduced in the website. 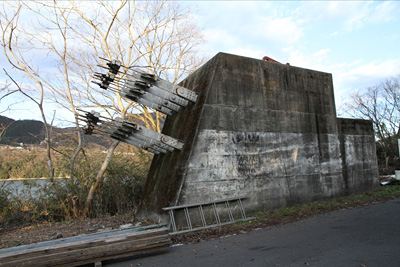 The blogger saw it at Lake Sagami in Kanagawa. It looks like a kind of a weapon. 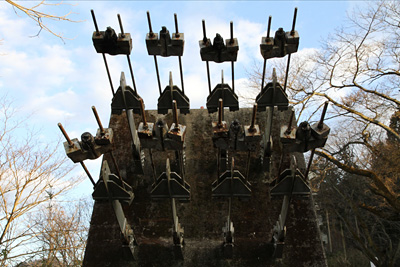 The answer is, it is an anchor block which was supporting a cable of a suspension bridge. 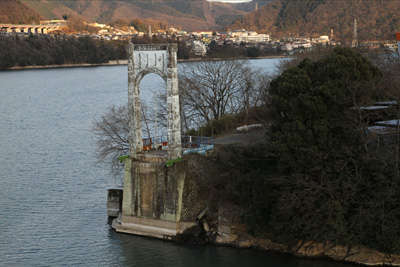 It looks like a weapon that appears in a battle scene of a futuristic movie. 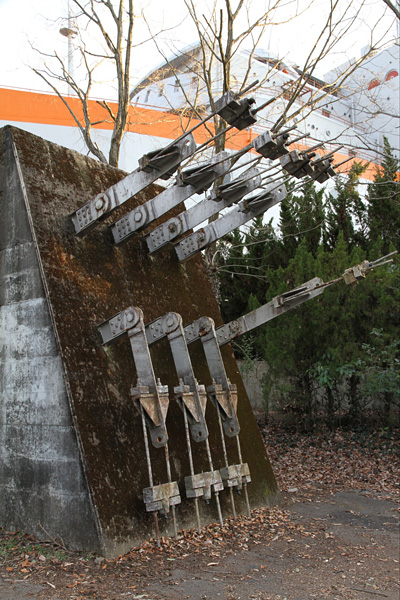 It would be nice if it could be kept as a monument, but it may be removed since it is dangerous.

It looks like a launching pad from a lateral view, doesn’t it?

Well, it looks like something which discharges a syringe rather than a missile. I do not want to imagine about it too much. LoL

Anyway, it was a very interesting picture, so I just wanted to introduce it to you. ^_^

One thought on “Weapon-like Anchor Block”