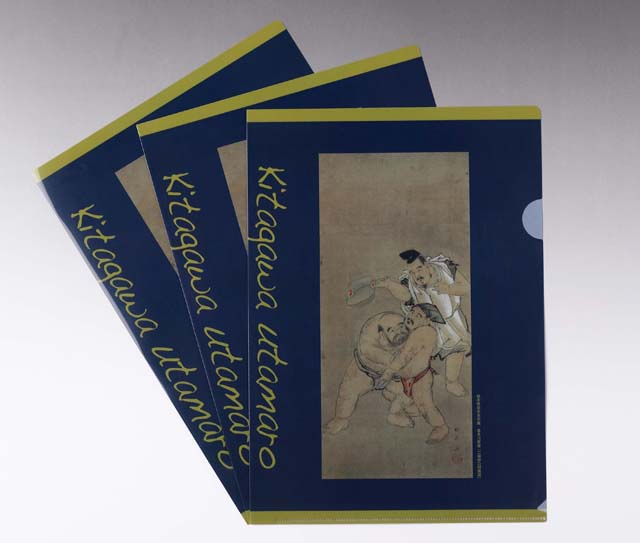 [Three Lucky Gods’ Sumo Wrestling:  Daikoku and Hotei wrestle with Ebisu as a referee. In the fall every year pictures of this happy design were put on stores, inviting good luck for their business.]
Compared with more than 2,000 surviving prints by Kitagawa Utamaro (1753-1806), a Ukiyoe artist in the Edo period, his original paintings are very rare as there are only 40 works surviving. Since Utamaro stayed in Tochigi City for a while, Tochigi City in Tochigi Prefecture keeps three of his rare originals. 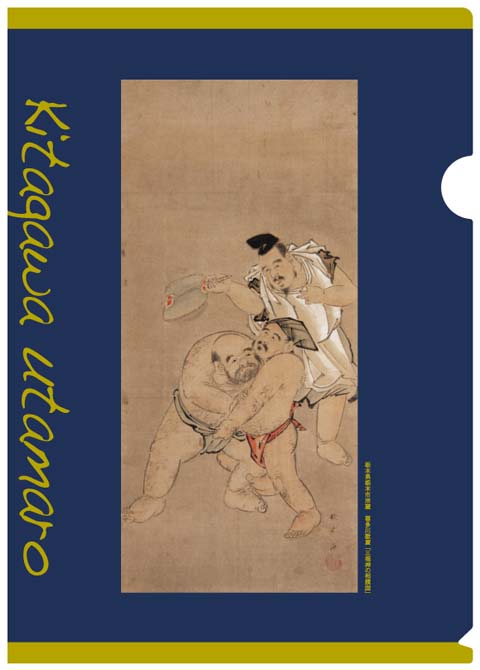