Only a few days left for this year. Before we close up 2010, let’s check the most appreciated manga books of the year! 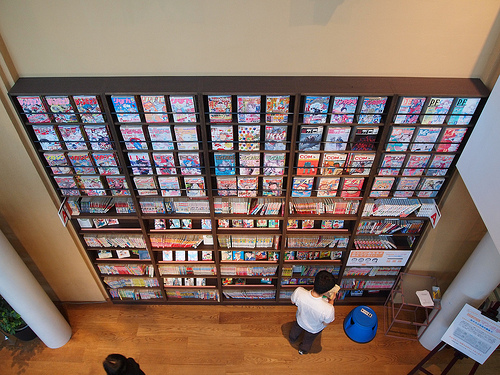 The following titles were selected as the best manga of the year by the three manga information magazines; “Kono Manga ga Sugoi! 2011 (This Manga is Terrific! 2011)” published by Takarajima-sha, “THE BEST MANGA 2011 Kono Manga wo Yome (Read This Manga)” published by Free Style, and “Otonafami 2011 Feburary” published by Enter Brain.

“Bakuman.” written by Tsugumi Ohba and drawn by Takeshi Obata (The pair is famous for its past work “the DEATH NOTE.” Bakuman is about 9th grade boys who work hard together to be manga writers. It is serialized in the magazine Weekly Shōnen Jump since 2008.

“ONE PIECE” written by Eiichiro Oda. It is an adventure of a boy named Luffy to find One Piece, the legendary treasure of the King of the Pirates. It is loved by children and adults in Japan and the series are sold all over the world.

“Sayonara mo iwazuni (Without Saying Goodbye)” written by Kentaro Ueno. It is nonfiction and the leading character is the writer himself. The story focuses how he dealt with the situation when he unexpectedly met the death of his beloved wife.

“Otoyomegatari (The Bride’s Stories)” written by Kaoru Mori. It is a historical romance manga set in a rural city near the Caspian Sea during the 19th century. It is about a young girl Amira, who got married to a younger boy Karluk. The story follows a life of nomads and the settled.

“GIANT KILLING” written by Masaya Tsunamoto. It is a soccer manga centering on coaching. It is serialized in the magazine Morning. Currently up to 17 volumes have been released.

“I am a Hero” written by Kengo Hanazawa. It is a panic horror manga. The leading character, Suzuki is a manga assistant, who couldn’t get along with co-workers, was nagged by his girl friend, and had trouble sleeping. One day, the ordinary life destroyed in unexpected way. The people around him turned into like zombies and the numbers of the infected are increasing…

“Thermae Romae” written by Mari Yamazaki. It is about an ancient Roman (Hadrianus era) bath engineer, Lucius somehow transported through time and came to today’s Japan, where he learns the customs in Japanese bath house and practices them in Roma and gain fame.

“Shingeki no kyojin (Advanced Giants)” written by Hajime Isayama. This SF story sets in the world where a giant rules over humans who are bites for the giant. Having built a huge wall, humans obtained temporary peace more than 100 years, until a super giant appears to destroy the peace. The fight between humans and the giant began.