TC Candler, a movie news and reviews website, has announced its annual list of the world’s Most Beautiful Faces 2010, and a Japanese female model, Nozomi Sasaki (Age 22) ranked 33 rd place, while #1 face was Camilla Belle and #2 was Emma Watson.

Nozomi Sasaki is very popular young model and actress in Japan, but she is not really known in the world. So it was surprising that such new comer model was in the international list, even though she is beautiful enough to be in it. 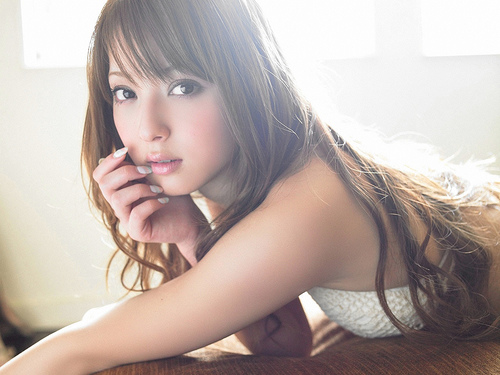 She is from Akita, in Akita Prefecture. She debuted in 2006 as a glamour model, and started working as a fashion model. She has walked runways at Tokyo Girls Collections, Kobe Collection, and Girls Award 2010. Since 2009, she started acting career on TV and also appeared in two films. She regularly appears on variety shows too.

Nozomi is eagerly sought after by many enterprises for commercials. One of the popular TV commercial that she is in is LOTTE’s chewing gum, Fit’s, in which she performed singing and dancing. Although the dance is kind of silly, when she does it, it looks so cute (^_^)

Nozomi has her blog. She at least posts twice a day, and gets about 300 comments from male and female fans. It is great for her that she is popular among men and women both equally.

No one knows if her charm and experiences will take her to the world in the future, but being selected in the TC Candler’s Most Beautiful Faces may have changed something.