Last month, I wrote about how complicated Tokyo’s subway lines are.  In Tokyo actually, not only subway lines but also underground pedestrian promenades are well developed.

Today, let me introduce one blogger’s interesting attempt. He tries to have an “underground sightseeing tour of Tokyo” without ever going outside!! 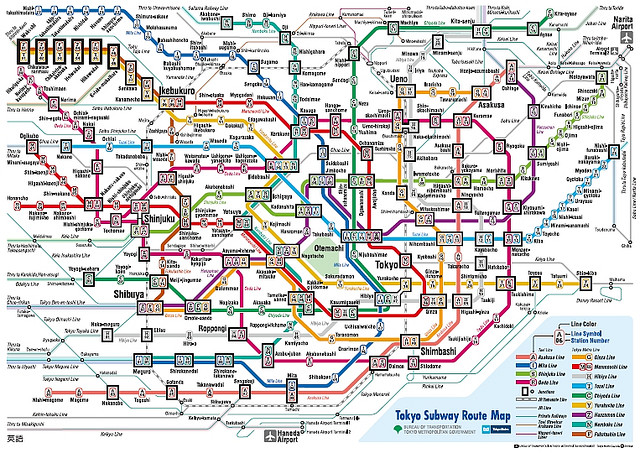 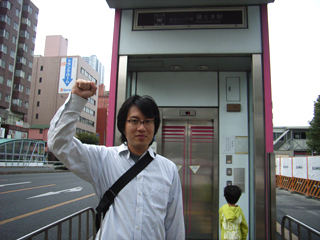 This man is today’s challenger, and the boy waiting by the elevator is his son.
Turn around, kid (^^; 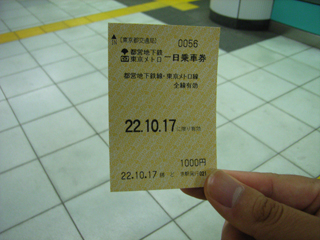 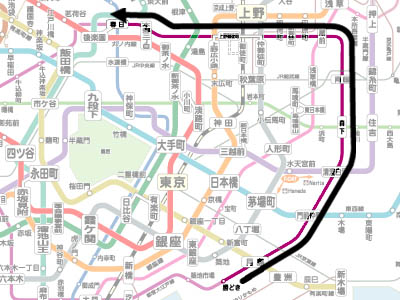 The starting point is Kachidoki station.
They take the Oedo line heading for Kasuga station. 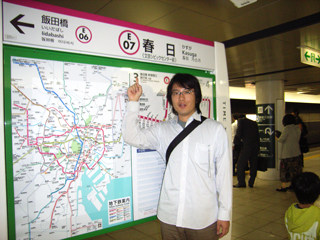 Here they are. This is Kasuga station.
I wonder what the first destination is like?
Hey kid, turn around please. 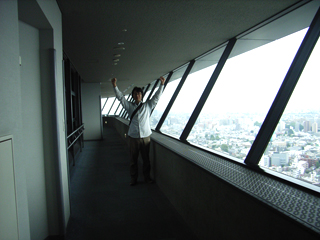 Wow! An observation deck! Where is his son? 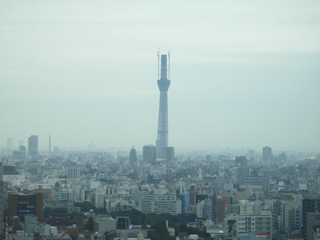 From here, you can see the Tokyo Sky Tree clearly.

The place they’re visiting is Bunkyo Civic Center, constructed in 1994. This building, contains the Bunkyo word office, a music hall, and this observation deck on the 25th floor (free admission!). 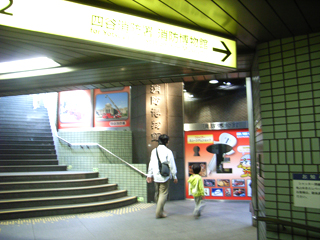 The second destination is Yotsuya-Sanchome.

There is an attraction called  the “Fire Fighting Museum” (Free admission again!). 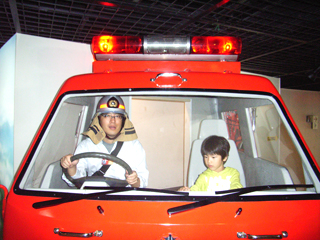 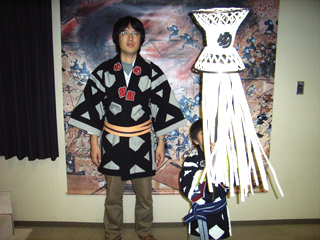 This is the old Japanese fire fighters’ costume. 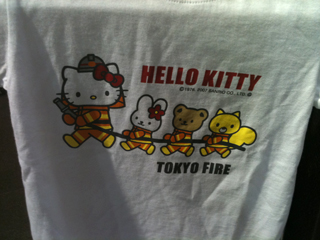 OK. Let’s keep going! The next destination is the Tokyo Metropolitan Government Office. 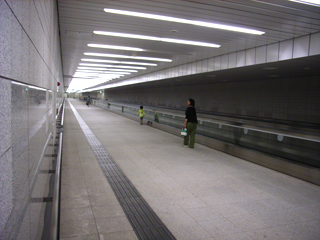 What a long long passage!

The nearest station is Tocho-mae station. Tocho-mae means “in front of the Tokyo Metropolitan Government Office”. After taking a long walk, the pair see something shocking. 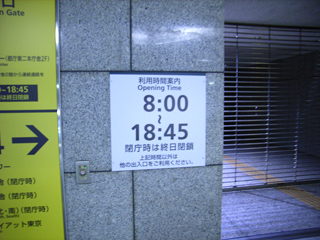 This entrance gate is closed….(T_T)

There don’t seem to be any other subterranean passages for entering the building. 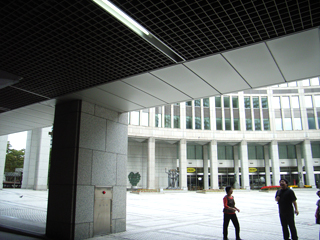 They resigned themselves to go topside. 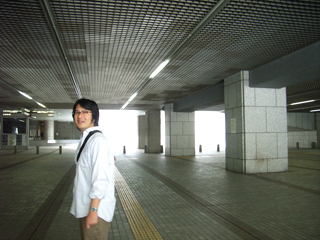 But there is a roof!
Can this still be considered “inside” (^^;? 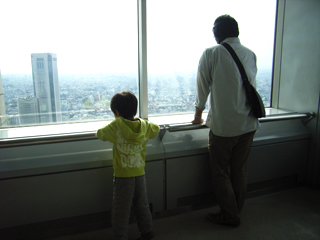 There is an observation deck here, too. 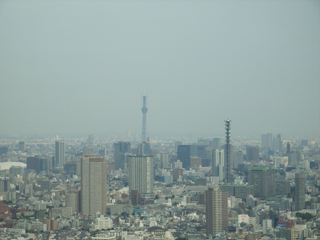 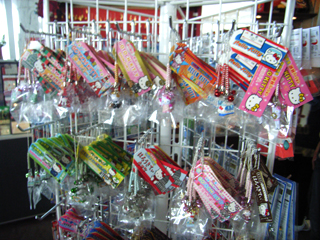 You can buy Hello Kitty goods here, too.
No surprise!

The next destination is Yaesu underground shopping area. Let’s buy some souvenir. 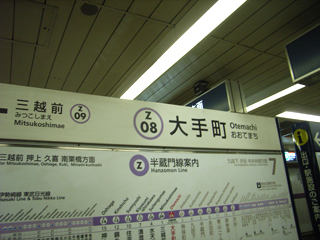 The nearest station is Otemachi. 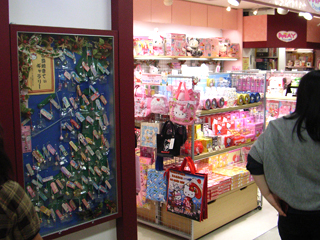 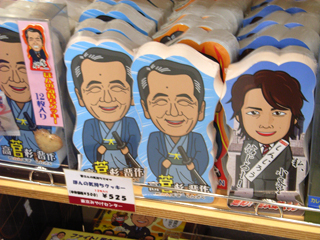 These are memo pads of Japanese prime minister Naoto Kan. 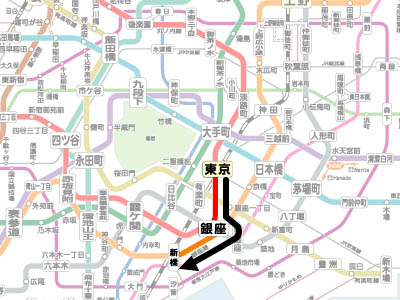 The last destination is Shiodome.

They get off the subway at Shinbashi station and proceed on foot toward Caretta Shiodome to see twilight. 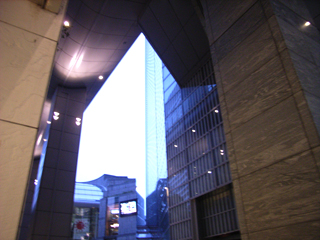 This doesn’t seem truly underground,
but maybe it’s OK because there is a roof. 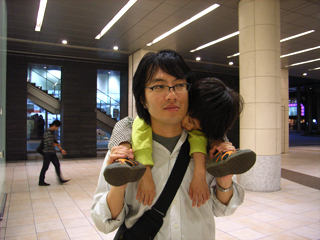 His son is extremely exhausted. 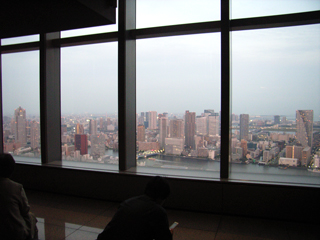 An observation deck yet again! 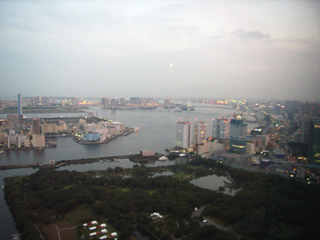 You can enjoy a wonderful panorama from the 46th floor. 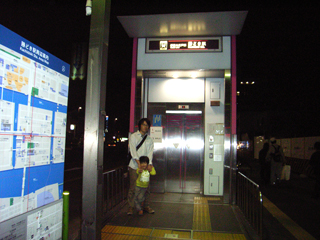 When they go back to the starting point, the sun has already set.

This underground sightseeing tour seems to have too much walking! I hope his son enjoyed the adventure (^^).