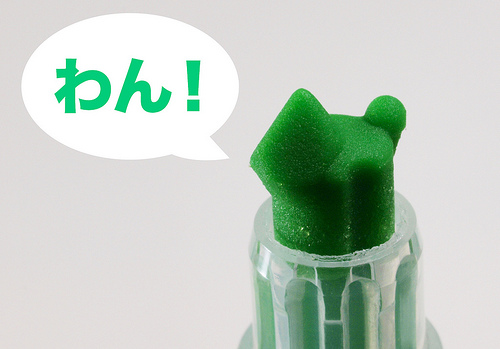 This might look like a tiny dog’s head, but it’s not. It is a marker pen called “Beetle Tip”, produced by a Japanese stationery maker, KOKUYO CO., Ltd. Hmmm…beetle?

The whole-body image. Let’s look at the next picture. 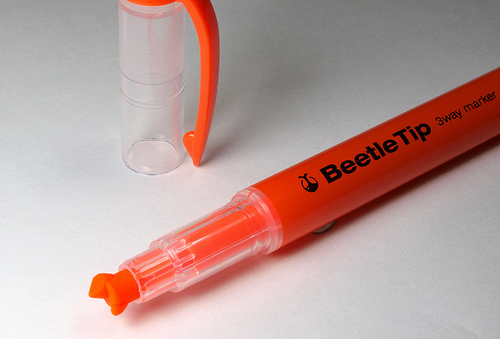 OK. I see! This surely looks like a rhinoceros beetle (^^).

But why does this pen have such an elaborate tip? The answer is kind of surprising; the Beetle Tip can draw three kinds of lines! 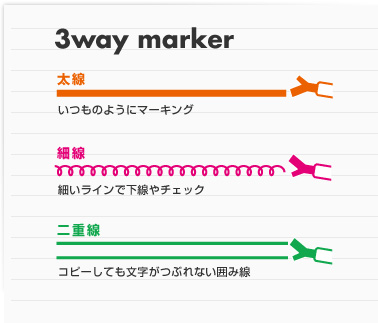 Pens having tips on the both sides to draw two kinds of lines are very common. But an exclusive feature of Beetle Tip is that it can draw three kinds of lines with “only one pen tip”. The appearance is very normal, but the function is amazing!

What’s more, this useful pen costs just 150 yen (about 1.8 dollars). I’m not sure Beetle Tip is sold outside of Japan, but you should definitely grab one if you find it somewhere!