In Sekigahara, [W:Gifu Prefecture], there is a samurai battle themed park named “Sekigahara War-Land.” In the 30,000 square meters park, life-sized concrete samurai statues are exhibited. It is themed the Battle of Sekigahara, which was a famous decisive battle happened in Sekigahara on October 21, 1600. In this battle, total of 160 to 200 thousands samurai fought.

The park is not well known, and some people call the park B-grade spot because established over 40 years ago, it is hardly called high-quality theme park.

Let’s look at the battle field! 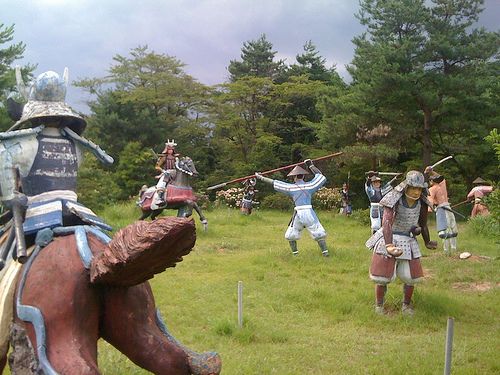 Tokugawa Ieyasu, the shogun (a commander of a force) who won the battle. 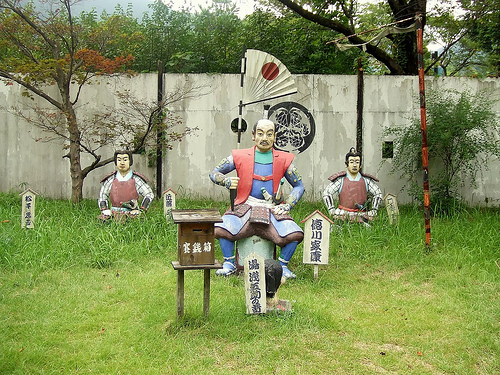 They are carrying heads of enemies. Creepy! 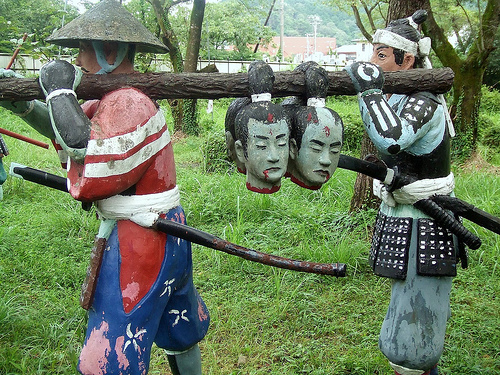 They are using all kinds of weapons such as spears, swords… 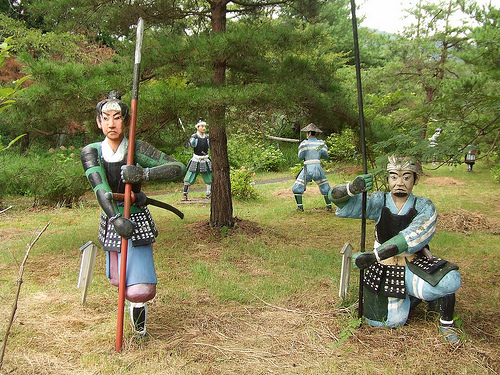 and fire arms too! 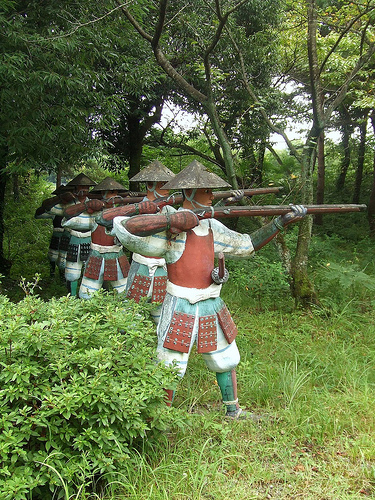 The sign says “I am the ghost of Takeda Shingen!! Stop fighting! NO MORE Battle of Sekigahara!” The ghost is appealing peace. 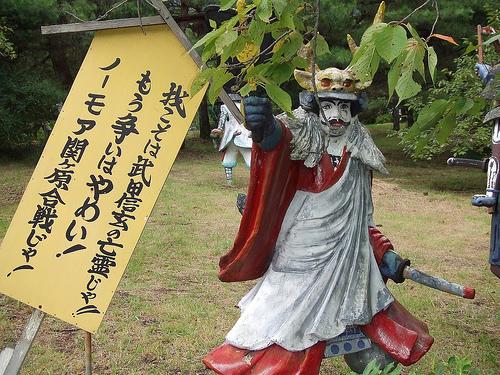 The figures are assumed to be all ghosts. The cracks make the semi-realistic figures look creepier (^_^)

Not only have the humorous figures, the museum also exhibited samurai armors and firearms that used at that era. So, again, this park is not so popular but can be really interesting in some ways.