Even it is cold, “Bushi(samurai) must not say ‘it’s cold’ in front of people. They took precautions against complaining about something that they couldn’t do anything about it.” Michifumi Isoda, a Japanese historian and the author of nonfiction book “Buke no Kakeibo (An Account Book of Samurai Family),” told Asahi Shinbun.

Luckily, we can complain about weather today. It must have been hard to not say “it’s cold” when it was freezing especially without high-tech heater like we have today.

Isoda’s book “Buke no Kakeibo” dates back to late Edo Period (1603-1868) and explains a samurai family’s account book kept for over 30 years. It gives you a glimpse of ordinary samurai life and custom in Edo Period

According to the book, the walls of the samurai house were made of mud with no plaster, therefore, they put cover called “komo” on the wall to prevent from cracking during winter. Isoda says that people in that time considered coldness as a serious cause of disaster. Because fire frequently breaks out during dry cold winter, when wind blew hard in October, they piled up mud by their storehouses for fire prevention. To save the things in the storehouses, they sealed crevices up with clay or if they don’t have enough clay, they even used miso paste!

“Buke no Kakeibo” is adopted into a film titled the same. It will be released on December 4 in Japan. It is titled “Abacus and Sword” in English but release date in other countries is not annoued. 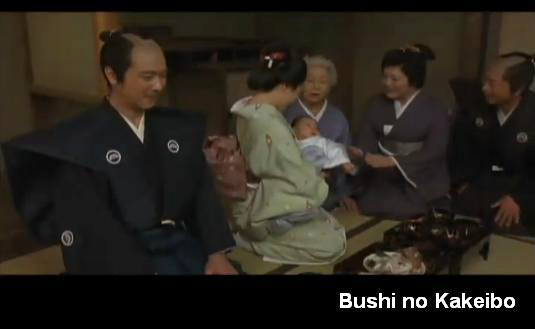