Why Is “Comiket” So Popular?

Have you ever heard of the word Comiket?

Recently a big 3-day Comiket was held in Tokyo, and over 500,000 people enjoyed it. Comiket is the shortened form of “comic market”. So what is this comic market? According Wikipedia, it’s “the world’s largest self-published comic book fair, held twice a year in Tokyo, Japan. It is a grassroots, DIY effort for selling dojinshi, self-published Japanese works. As items sold in Comiket are considered very rare (because dōjinshi are seldom reprinted), some items sold at Comiket can be found in shops or on the Internet at prices up to 10 times the item’s original price.” 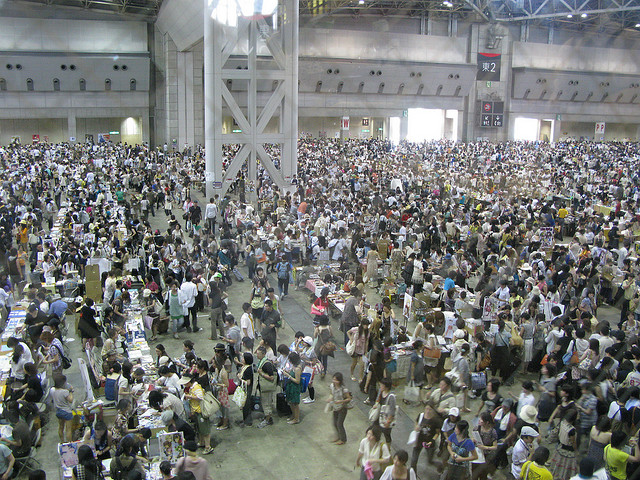 Two main reasons why Comiket is so popular are 1) dojin-shi circles gather here from all over Japan, and 2) it deals with a wide variety of otaku fields such as manga, anime, gaming, and trains. The capacity of circles for this event is 35,000, while over 50,000 circles vie to participate. Sometimes professional manga writers and illustrators also join Comiket, and some circles sell a few thousand books. Those popular circles can have booths by the wall, so they are called “kabe (wall) circles”.

Comiket can be the place to discover new talent. Publishers visit Comiket to look for young writers, and many people have had their careers take off thanks to their participation in Comiket. Also, the number of foreign participants and mass media people are rapidly increasing. English and Korean catalogs are published. Comiket is introduced in a video produced by Japan’s Ministry of Foreign Affairs, and it has recently been recognized as a symbol of “Cool Japan”.