Most people may have heard how terrible the commuter rush-hours are in Tokyo. Transit workers have specific jobs to push and shove as many people as possible into packed train cars. My friend told me that her skirt came off because of the rush hour crush!

But I think the “time lag commuter” plan has made the rush a little bit better; different companies agree to start their days at different times so that less workers have to be on the trains at once.

Today’s episode is a blogger’s comparative verification of commuter rush in Tokyo/Sapporo/Nagoya. He boards the trains in each city with local specialty sweets in his pockets. Let’s see what will happen to the sweets after rush hour crush!

From Ueno Station to Tokyo Station: 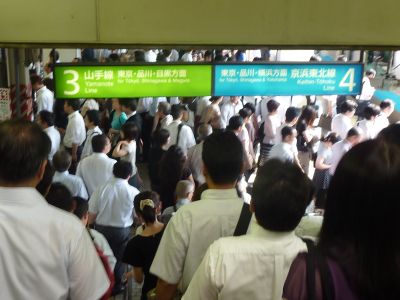 The platform and the stairs are packed with people! 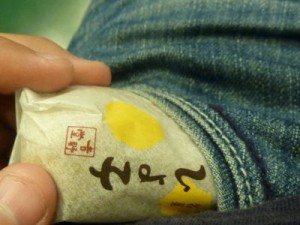 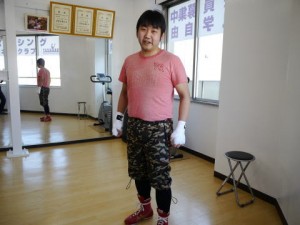 These are both Tokyo’s local specialty sweets. 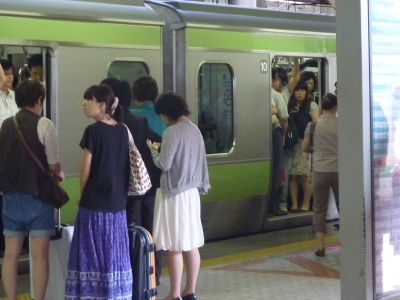 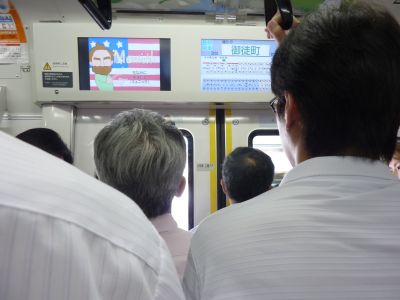 The inside of the train is not too crowded.
He enjoys short shows and commercials specially edited for commuter viewing.

From Sangen-jaya Station to Shibuya Station: 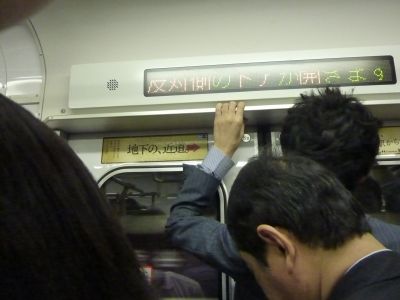 Wow! This line is much worse than the line from Ueno to Tokyo.

Let’s see what happened to the sweets. 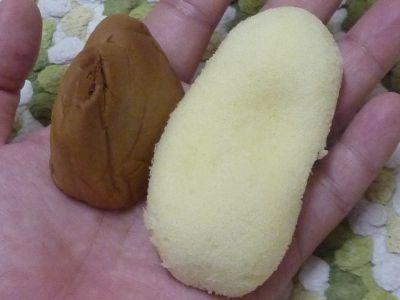 From Odori station to Sapporo station 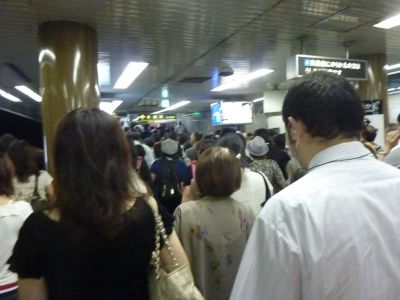 The platform full of people! 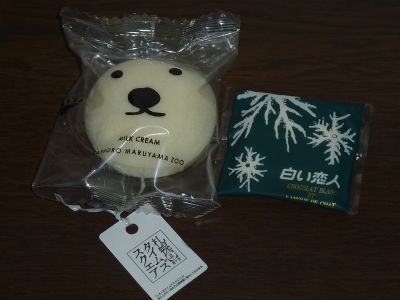 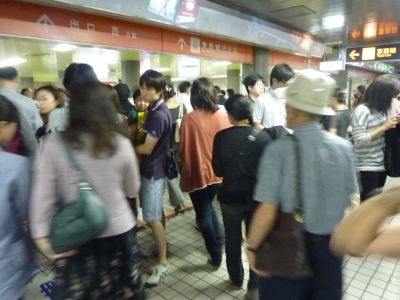 This is the way to the exit. 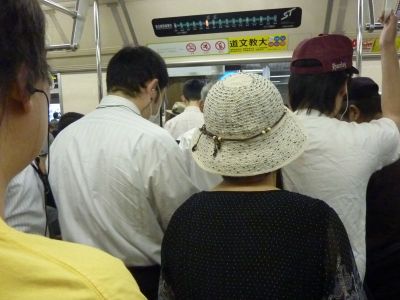 It is quite crowded but not very bad like Tokyo. 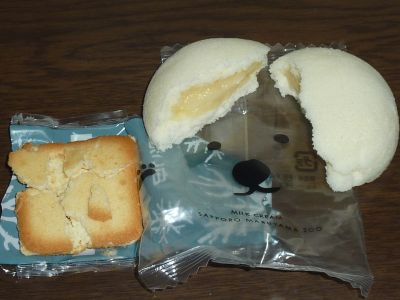 The cookie (Shiroi-Koibito) is broken into pieces.
The other white made it through OK,
but the blogger broke it in half to show you the inside (^^;)

From Fushimi Station to Nagoya Station 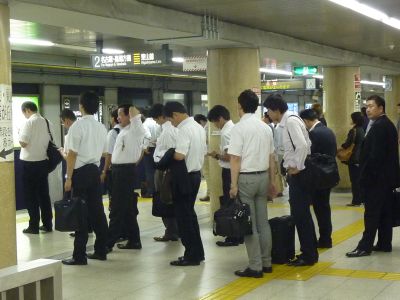 There are long lines of men waiting for the subway. 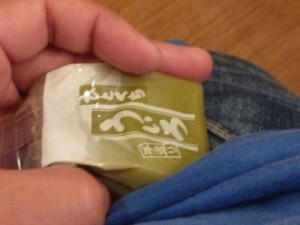 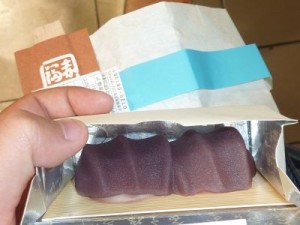 Nagoya’s local specialty sweets: Our blogger tries Uiro and Akafuku in his pockets. 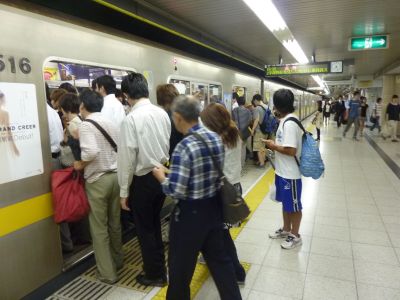 Nagoya citizens rush to the trains. 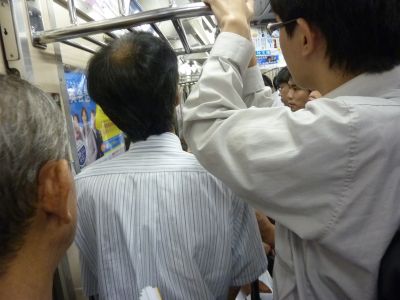 How about the sweets? 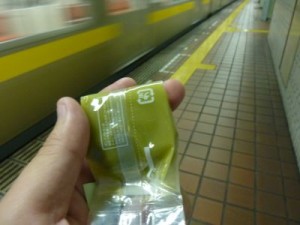 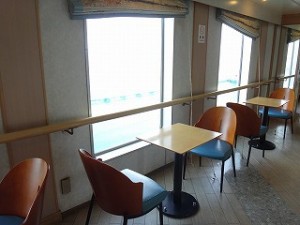 Both are more than a little crushed.

I thought the rush-hour in Tokyo would be clearly the worst, but maybe not. It seems to depend on particular lines. When you take a train during rush-hour, please make sure you don’t have any fragile things (like local specialty sweets!) in your pockets!!