Are you familiar with the idea of ‘half make-up face’? In Japanese we call this “han-gao meiku”. This is the term for comparing a person’s face without make-up to their face with make-up. I’ve seen many photos of half make-up faces on the internet and it seems East Asian women, including Japanese, tend to show much more before-and-after contrast than do Western people. First, have a close look at this photo below. 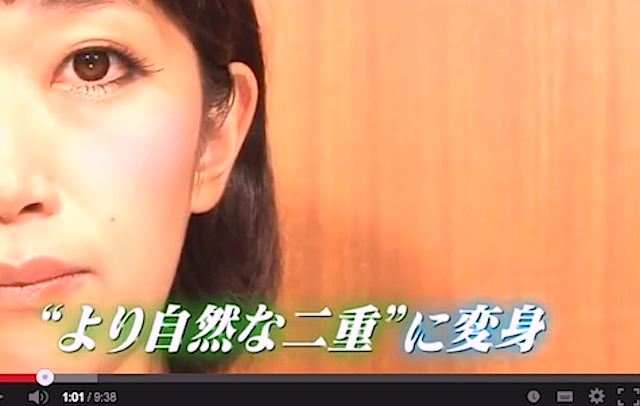 This woman’s eye appears quite big and round. People would say she is a beauty!  By the way, can you imagine her face with no makeup? I’ll show you now, and it will surprise you. 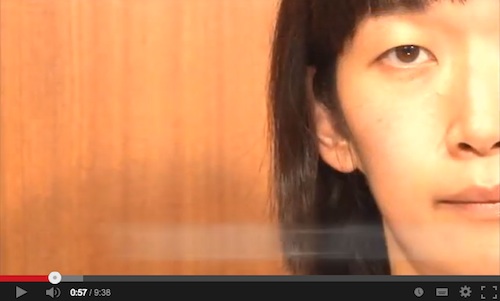 OMG! She looks like a completely different person, doesn’t she? Her thick eyelid is drooping over her eye, making her look a little sad. And the following image is her face half made up. 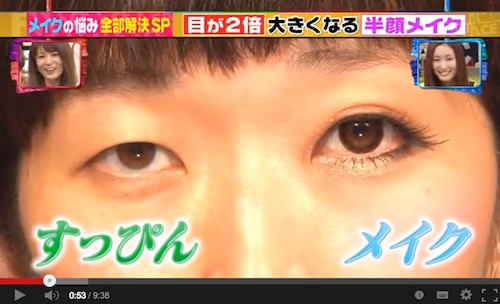 This might look photoshopped, but it’s not. It’s just an amazing transformation using regular makeup tools! The first necessary element is colored contacts to create pupils of exaggerated size, like eyes of small, cute animals. The next important tool is the product called ‘MEZAIK‘ which is used to give eyelids the appearance of a double fold. If you are not Asian, you likely don’t know or care if your eyelids are double folded or not. But it’s quite an important issue for East Asian (at least Japanese) girls. And, false eyelashes are needed too. These also make eyes look bigger, rounder and more prominent. Yes. big and round eyes like those of a heroine in manga/anime are kawaii to Japanese girls.

And here are some more make-up tips following the process above. 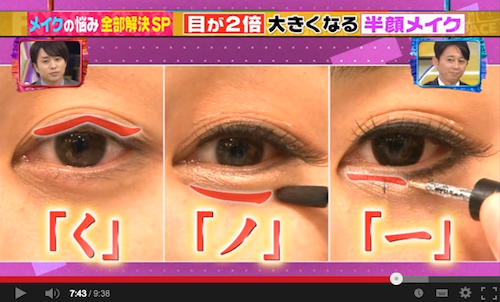 3. Draw short straight lines under the eyelids with a light colored glitter pen.

I rarely wear makeup and have never tried this kind of elaborate makeup. If I get a chance to go to a big party (which also rarely happens in my life, though), I will take a half make-up face photo and share it with you 😉