A Big Challenge of the King 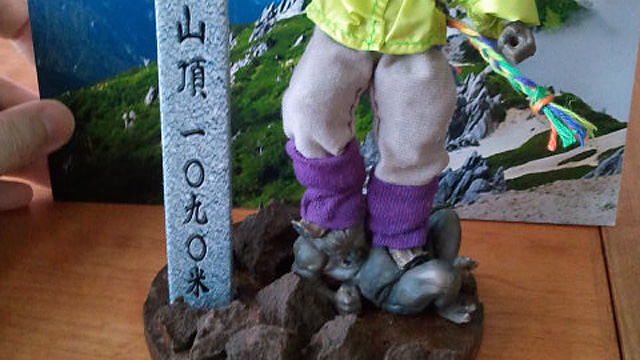 Do you know Four Heavenly Kings?

According to Wikipedia, they are four gods, each of whom watches over one cardinal direction of the world, and they are protectors of the world and fighters of evil, each able to command a legion of supernatural creatures to protect the Dharma.

Some figures of such Gods are released by a Japanese figure creating company “Kaiyodo”, which is very famous in the field of figures, the writer of this article found it on TV and bought one the other day.

The one she bought was one of the Four Heavenly Kings, released as one of the ” Movable Buddha collection from Revoltech Takeya”, its high level techniques of movable limbs are loaded. 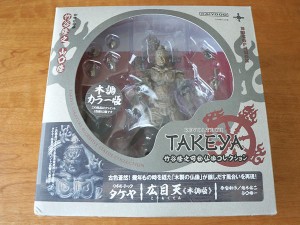 This is one of the Four Heavenly Kings she bought. 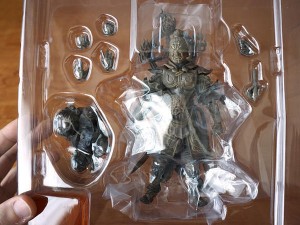 Many parts are removable and combinable. 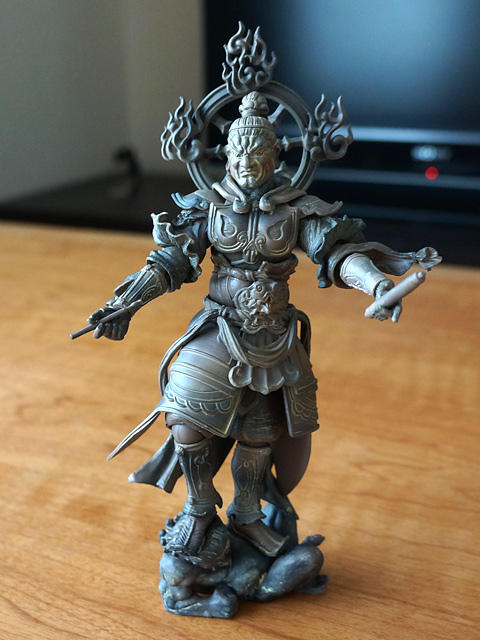 This is the perfect form of the King.

With fire on the back, some weapons on both hands, and armors in full body give a coercive impression. If you look him carefully, you can see that he is stepping on the evil with his legs, and looks a really strong protector. It would be so reliable if he always stands in front of our house.

The joints can be moved freely, so he can make a various poses like this below.

The third one is a little bit different, but anyway, the high technique of Kaiyodo makes it possible to move the joints freely.

When she was looking at the king, she started to think that he is in some situation. What kind of situation is he in? 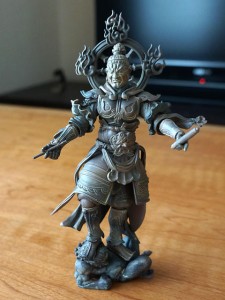 For her, he looked he reached the summit of a mountain because he was stepping on something like rock, which is evil though….

“Let’s make the mountain scene by making the king wear some mountaineering cloths.”

First, she removed the king’s armor. 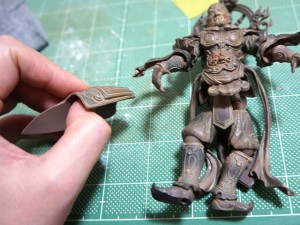 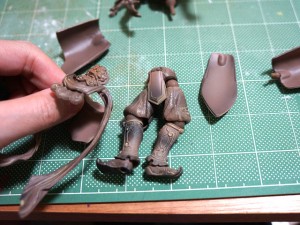 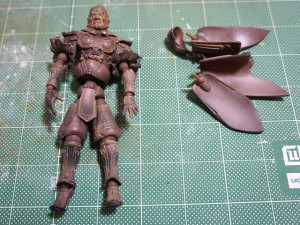 Ahhh…. He is actually skinny….

Let’s hurry to make him wear some cloths, because he looks cold. 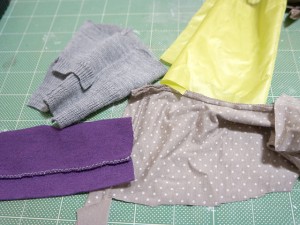 These are the materials.

What kind of cloths will she make for him? 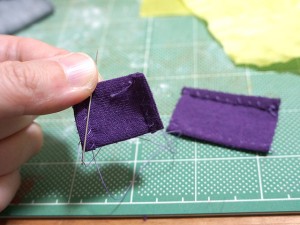 This is for the leg warmers.

How small it is!

She sewed his leg warmers so politely.

Maybe it would need high technique of sewing! 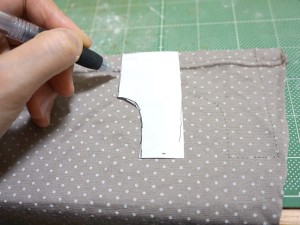 This will be his pants.

After measuring his size, she cut the cloth in order.

Dotted pants are for girl usually, so she would use its lining for his pants. 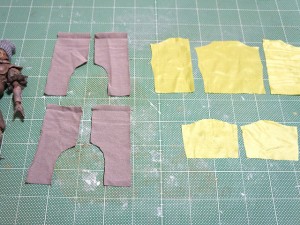 Yellow cloths will be his jacket.

It would be cold on the top of the mountain , so she decided to make a wind-cheater with the yellow polyester cloth. 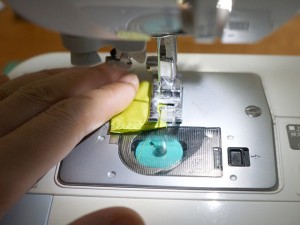 She should be careful because it’s so small. 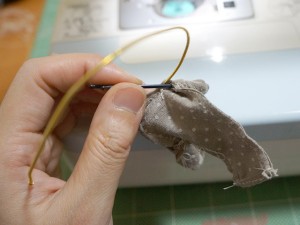 Putting the elastic band into the waist part…. 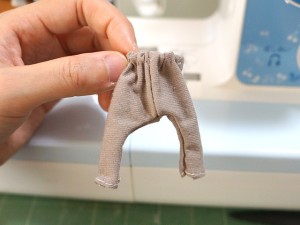 The pants are done. 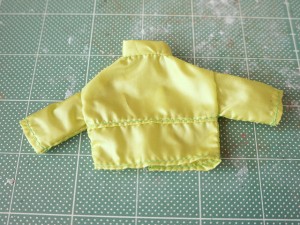 The jacket is also done. 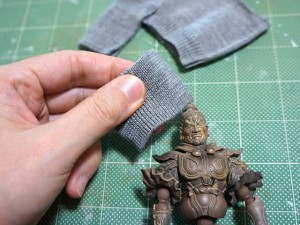 This is for knit hat. 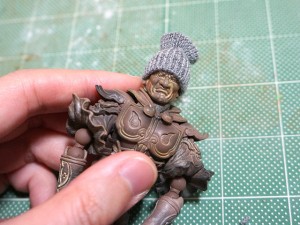 Well, all cloths are done now.

Let’s make him wear these cloths.

Then, she made the stage of the mountaintop. 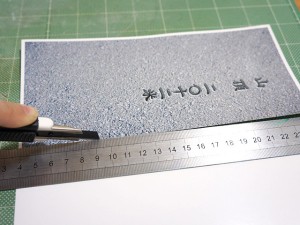 This would be the stone supposed to be at the top. 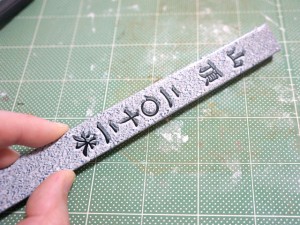 Wow, she did good job! 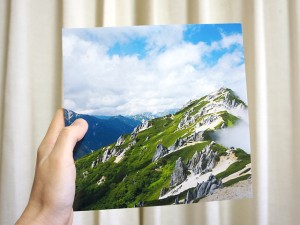 This is the background.

The ground is supposed to be brown, so she painted them brown.

Finally, she completed all the procedures of creating the mountaineering scene. 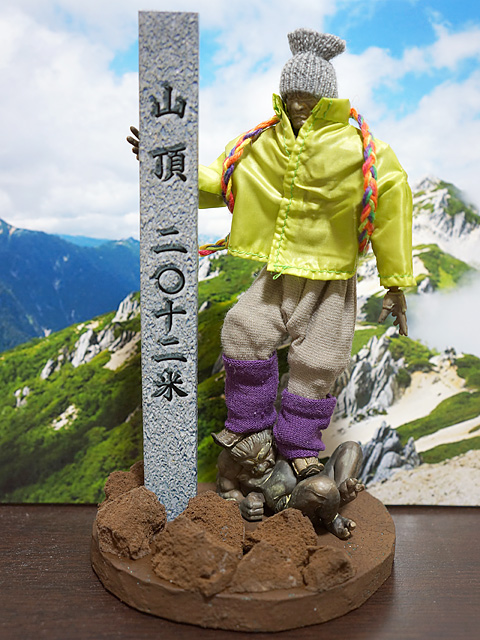 He finally reached the summit of the mountain!  😛

He looks like a normal suntanned elder man who reached at the top of the mountain, stepping on a small man or a child for some reason.

Can you imagine that this man was one of Four Heavenly Kings with fire on the back and some weapons on hands?

Now we have seen her big challenge of making the king change the cloths. How do you think?

Though the evil under the king doesn’t look like stones and it looks the king is still stepping on it even at the top of the mountain, I think she did great job.

I would like to thank her for great idea and give applause to her challenge.

I would be grateful if you let us know your creative challenge.