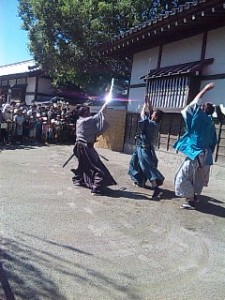 Kyoto Filmmakers Lab was held in Kyoto, Japan from September 27 to October 1.

This program provided a great experience and education to talented young filmmakers in the world.

It was held at Toei Kyoto Studio which is one of the major film companies, Toei’s studio, where all kinds of jidai-geki are filmed.

The participants dressed in a samurai or a kimono costume and filmed a jidai-geki.

To see the works and the making from the last year’s Kyoto Filmmakers’ Lab, check this website.