The other day I wrote an article about the many unique flavors of Pepsi.

This year’s flavor is baobab, a tree often associated with South Africa. It sounds very unusual for a drink ingredient, doesn’t it? As I mentioned in the previous article, this Pepsi doesn’t actually contain the baobab fruit itself. 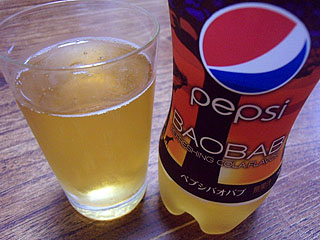 Pepsi Baobab on the market just tastes like ginger and citrus.
Not very authentic!

Now, I wonder what “real baobab” tastes like. In this episode, one blogger ventures to make Pepsi with genuine baobab. 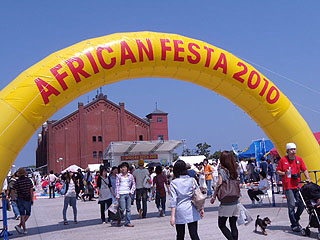 At first, he pays a visit to African Festa 2010 to get the necessary ingredient; baobab fruit. 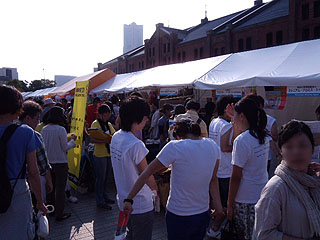 Wow! It’s very crowded. Where is the baobab? 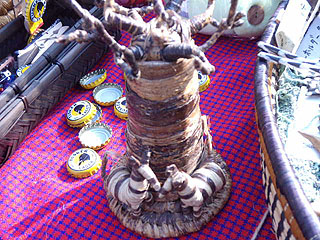 This is a baobab-tree shaped sculpture.
Interesting but inedible. 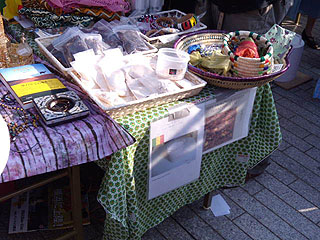 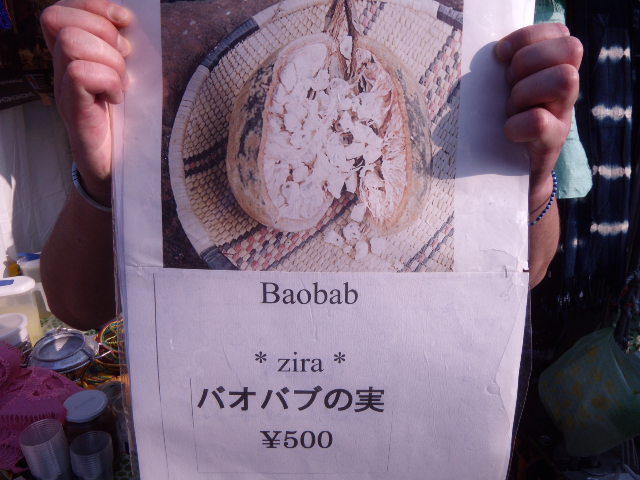 Yes! This is a baobab fruit.

Solid ones and powdered ones are available.
Let’s get both.

This guy is today’s challenger. He samples a spoonful powdered baobab. How does it taste? 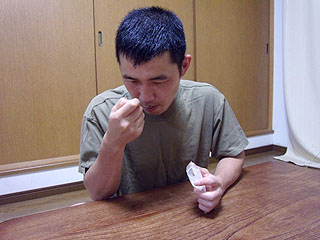 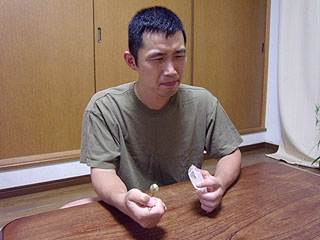 Umm…….powdery, woody, kind of sweet, but also a little sour.
The flavor is not especially strong. 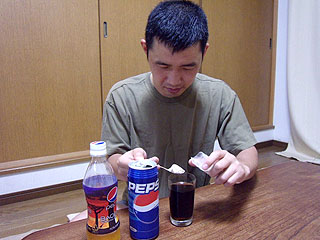 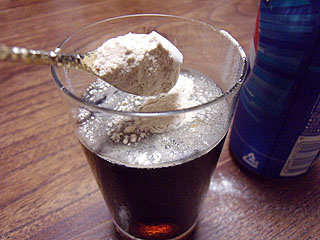 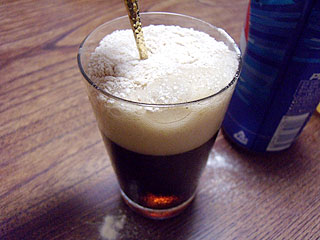 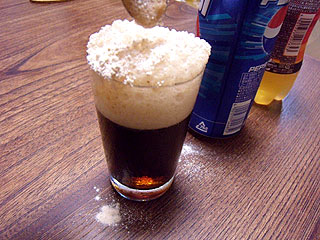 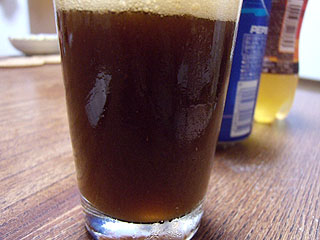 The dark color of regular Pepsi seems to turn a little lighter? 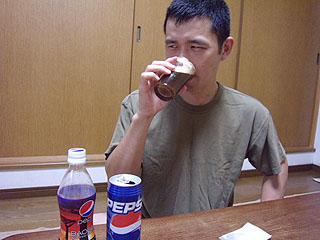 Now, he tries his own “Pepsi with real baobab”. 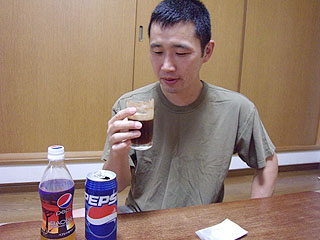 Surprisingly, it seems like he is enjoying his concoction!
He states; “Ordinary Pepsi smells slightly like herbal medicine,
but baobab makes this regular Pepsi milder, smoother. I like this.” 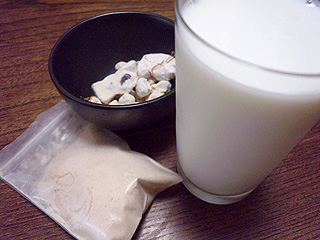 Baobab powder is usually mixed with milk and some sugar.

It is said that baobab milk is tasty,  just like one of the many lactic acid drinks available in Japan.  If you find baobab powder somewhere, you should try it. (^^).