It was edgy to wear the topknot at one time in Japan?! 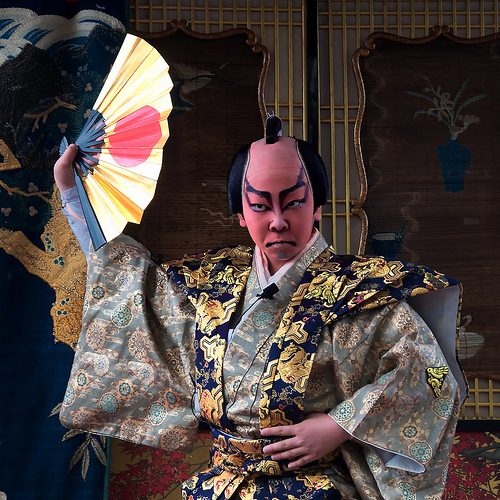 This hair style characterizes the history of Japan and is commonly seen in Japanese historical plays. It is so familiar that I have never felt strange but, come to think of it, it is a truly unique hairdo.

When did this hairstyle come to exist? It should have required lots of time and attention to keep the style.

There are different stories about the origin of the style but the main stream is said to be “Honda style”. It was originated with the samurai under Tadakatsu Honda, the lord of Kuwana Domain in Ise Province in Edo period. The style was in its prime during the Annei period (1772 – 1781) and came to be segmentalized in 8 types based on the trends or classes.

But it is surprising that Samurai adopted the style without feeling any discomfort.

However, it is said that the Japanese culture to tie the hair dates back as far as to Kofun (tumulus) period (c.a.250 – c.a. end of 600). It is clearly seen with the clay figure of the period, “Mizura” which has two ring formed pigtails by the ears. After Asuka period between 550 and 710, the style was conveniently used when putting a crown. “Sakayaki” is a style with a shaved part of the forehead and a topknot at the back. As of the end of Heian period (794–1185) this style was designed to avoid heating for the nobility when putting a crown and for the samurai to wear a war helmet. It was said to be extremely popular among the samurai during the Age of the Civil Wars.

Mage, the topknot in the later stage was worn not only by Samurai but also townspeople and various types of topknots were in fashion by rank, class, and age.