Do you know the popular Japanese manga and anime series “Case Closed” (known as Meitantei Conan in Japan)? It is a detective fiction focusing on a teenage detective Jimmy Kudo (Shinichi Kudo in Jp) who was inadvertently transformed into a child after being poisoned by criminals of a secret criminal organization, of which members think that Jimmy is dead. Living at a private detective Richard’s house as a child Conan, he tries to catch the organization and revert back to Jimmy. 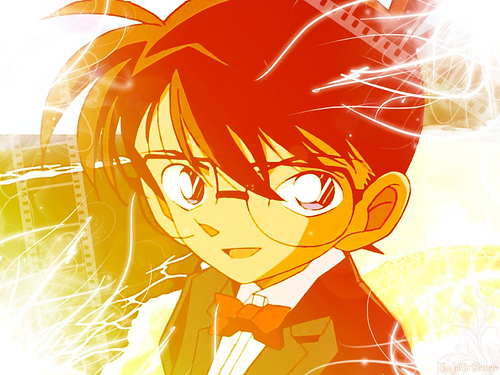 In the story, Conan uses various gadgets that his neighbor inventor made to solve cases.

For example, “voice-changing bow-tie” allows Conan to take on another person’s voice. He often uses it to disguise himself as incompetent detective Richard after putting him to sleep with another gadget “stun-dart watch” to solve cases.

These are two gadgets that he carries almost always along with “homing glasses” and “the Junior Detective League badge.”

Amazingly, some Conan fans actually made these inventions! Let’s check them out!

Microphone and voice changer are attached on the bow tie, but speakers are not included. Still, they look like the one in the anime. Cool!