Have you heard of new Japanese group called All Japan Obachan Party?

It is a community based organisation created on facebook by a female associate professor, who was sick and tired of politics driven by male politicians, and it was established to pursuit everyone’s happiness. 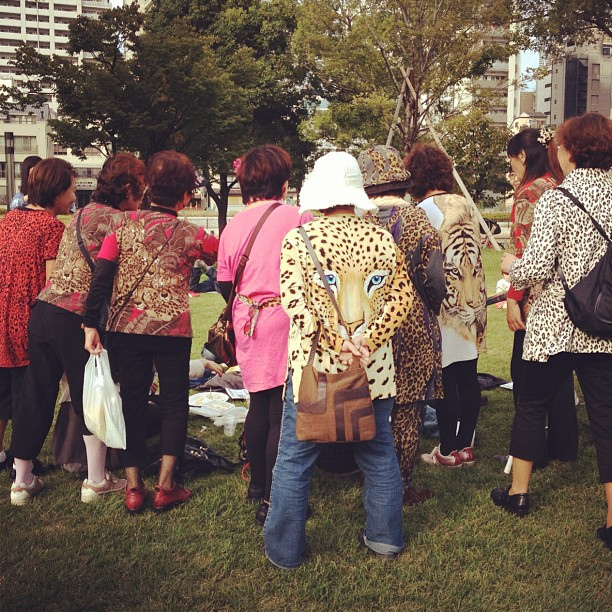 *This is typical image of obachan (or mums and mature women), and not a picture of actual group members.

According to an article, launch of this organisation was triggered by Ms. Taniguchi’s comment on her facebook. It was her joke; however, many of her friends supported her idea and the party was launched.

What they have discussed so far ranged from daily issues of mum (i.e. how to solve baby’s bed wetting, difficulties with household duties etc.) and social problems/ political issues they are not happy with. This group is not like political parties which select candidates for congress members or local assembly members, but purely a citizen group and they do discuss wide range of subjects.

But interesting thing is their approach in discussion. For example, when they found almost sexist-like, controversial comment made by a mayor, they not only discussed the matter to raise awareness, but also translated the controversial comment into 12 languages including Chinese and Nepalese to know international view on the subject.

A lot of companies just translate their document into English for their business, considering English as a global tool for communication, being able to provide 12 different language speakers their 1 language translation clearly shows the group’s strong intention and passion to communicate overseas audience so that the group can have a say and persuade an improvement for good 🙂

AJOP’s 8 policies demand all mother’s wishes such as not sending any of our kids to war and protecting weak people such as carers, job seekers and those who need child raising benefit.  What they are saying is very simple, but that is all general Japanese people are wishing for, so this simplicity seems to be the charm of this group.

As obachan (or mother and mature female) is supposed to be female, all members of group are female; however, there are some male fan of this group.

I can see why!  I think tough but warm-hearted mums and mature women’s power and passion will surely help revitalising society and politics, so I am for this AJOP’s activity myself^^

Please let me know what you think  😉