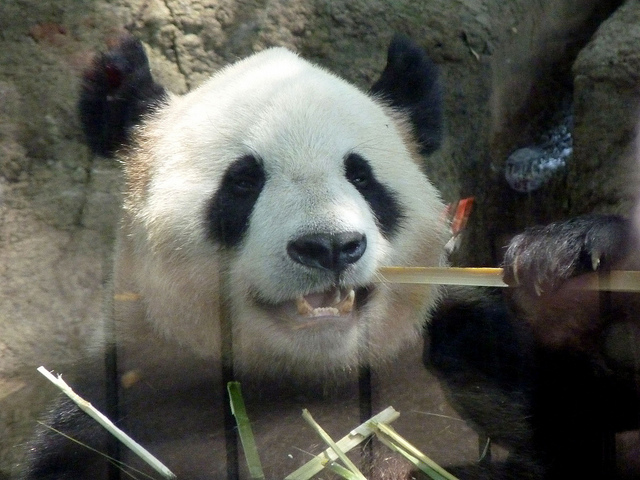 Panda fever has gripped Tokyo since two cute guests called Ri-Ri and Shin-Shin arrived at the Ueno Zoo in February this year. Many panda related novelties are being produced one after another. A half a year ago, a blogger named Ms. B went to Ueno to investigate panda-themed menus seen at restaurants around Ueno Zoo.

At that time she was very interested in “panda somen noodles”, but unfortunately the menu was limited to winter items (somen is mostly eaten in Summer). But now it’s summer in Japan! Ms. B ventures again to Ueno and finds “panda somen noodles”. Let’s see how it looks 😉 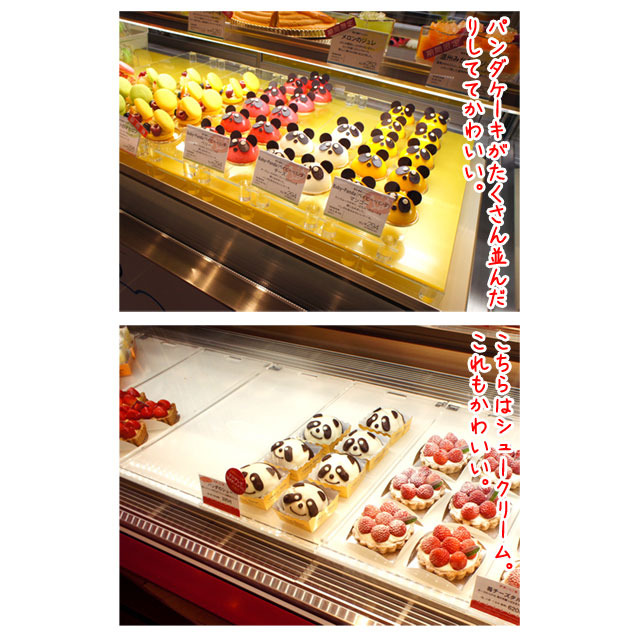 Before going to the restaurant serving panda somen, she first stops by some other shops.
There are so many panda shaped sweets. Kawaii!! 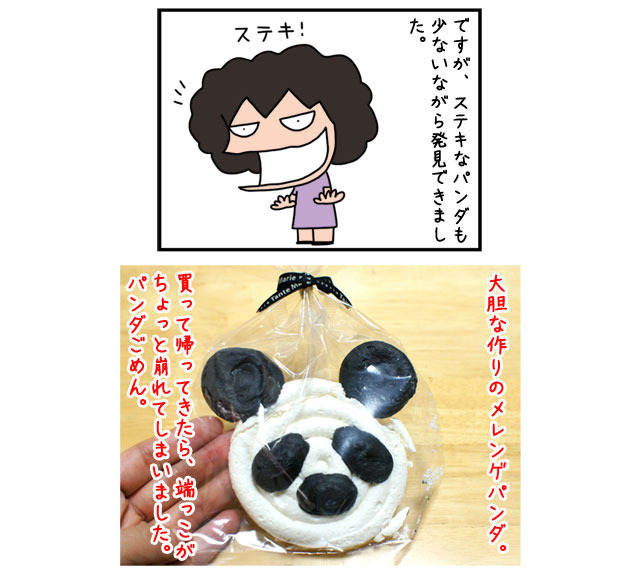 She finds merengue pandas, too.
This is also cute, but looks very fragile. 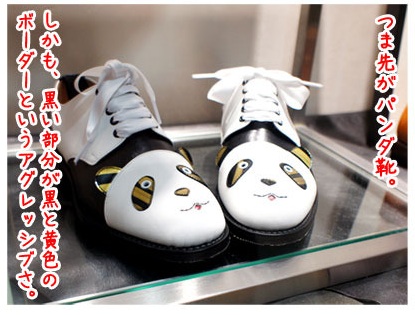 She also finds something very unusual.
It’s difficult to describe these shoes as “kawaii” (^^; 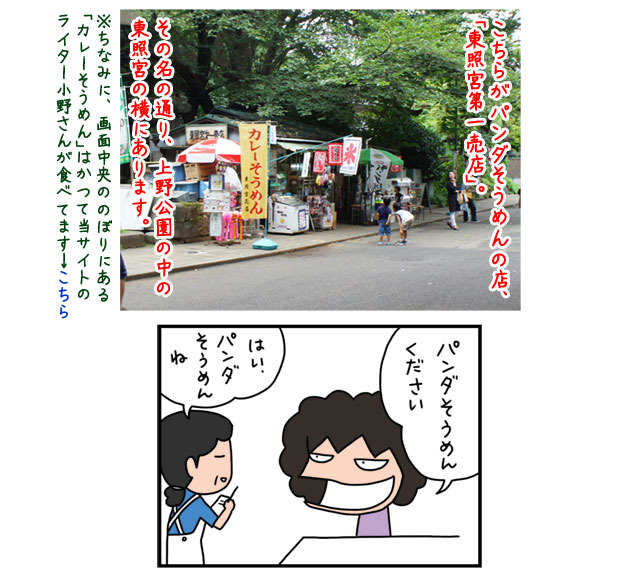 And she finally orders a bowl of panda somen noodles. It must be very cute. I’m so excited!
Let’s see how it looks… Ta-daah!! 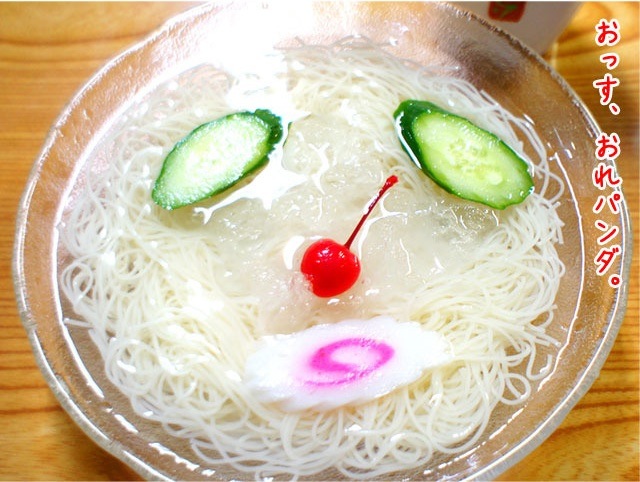 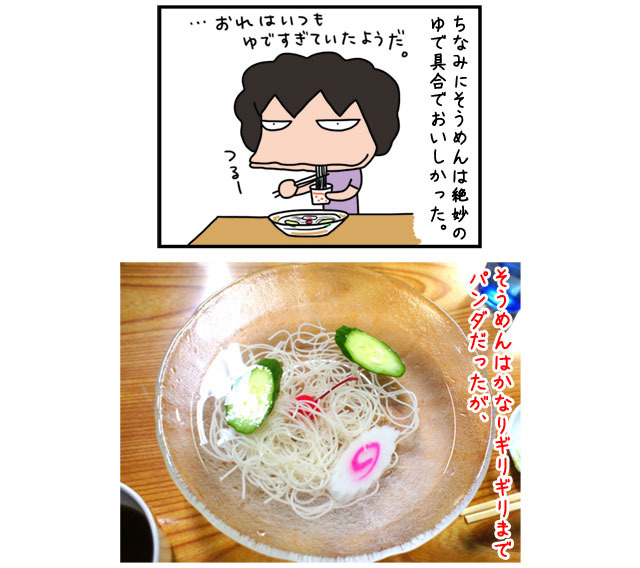 Ms. B tries the noodles.
For a while, it now barely resembles some kind of creature with drooping eyes (a panda?) . 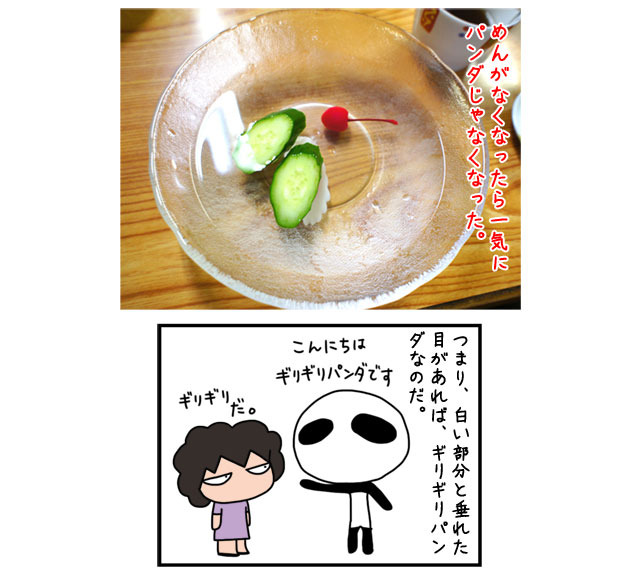 But once noodles are gone, it doesn’t even look like a creature (^^;  After all, drooping eye-looking parts and  a round white base make everything look like a panda! That’s her conclusion LOL. By the way, according to her, panda somen noodles tasted very good (^^)v