Japanese Horror Movies that You Don’t Want to Watch Alone

In Japan, horror story is considered to be one of the summer things as it gives us a chill. It is common to enjoy the chill by visiting a haunted house and ghost spot, sharing ghost stories in darkness, or watching horror movies during summer.

Following titles are the “J-horror Movies that You Don’t Want to Watch Alone” selected by Japanese internet users. 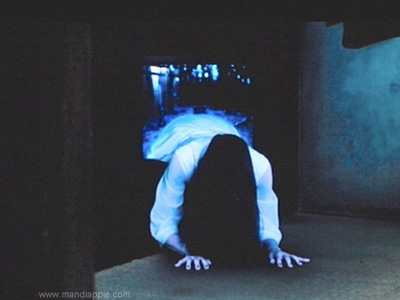 The key of the story is a mysterious videotape that whoever watches it dies in one week.

The scene where a young woman with black hair that covers her face creeps out from TV is so eerie and famous. It was originally a novel by Koji Suzuki. There is American version too.

Ju-on is set at a cursed house in a suburb of Tokyo. Little boy with white face and black eyes is the famous image of the film.

Cell phone is the theme of the film. The person who got death call dies in a painful way. American version is out too.

– The reasons why they don’t want to watch it alone
“Cell phone makes it realistic and creepy.”
“It’s going to be scary to get missed call while watching.”

A mother and her daughter move into a rain leaking apartment where the mother felt something disquieting.

– The reasons why they don’t want to watch it alone
“J-horror is scary. Especially water related film makes me nervous more.”
“I won’t be able to go to bathroom alone.”
“I couldn’t sleep after I saw it.”

American horror films including “The Exorcist” and “The Saw” were also named but didn’t head the list because foreign films look “another world” and the Japanese feel that we don’t belong in the places unlike J-films which seem more realistic to us.