When you hear a word “samurai helmet”, you will imagine stern looking strong helmet, and that’s how a samurai helmet should to be.

But I found a helmet that makes you feel warm.

Let’s look at it. 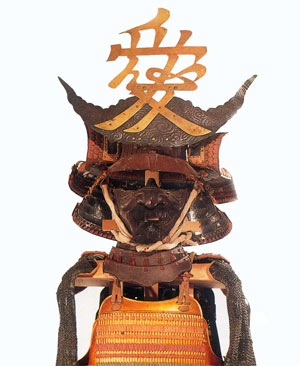 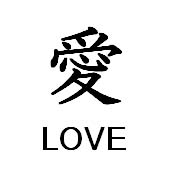 If you know Chinese character or kanji, you will notice the big character meaning “love” on the helmet.

It was actually possessed by a samurai commander, Naoe Kanetsugu (1560-1620), who had strong belief in Shinto and gods of war; therefore it is believed that the character “love” is not for his lover or wife but it was from his belief.

It is also said that he used “love” because the war gods’ names have the character “love” in their names.

The helmet is now in the Uesugi Shrine in Yonezawa, Yamagata prefecture.

It is not a usual helmet but it may have worked at a battle field because I think the enemies who saw the helmet would loose their combat spirits.