There is an interesting calligraphy brush that appears in newspapers lately. 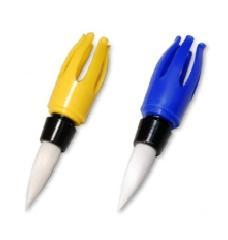 You slip your finger in the plastic part and draw.

It was developed as an “inspirational writing tool” which the people with disables can enjoy, and according to the developers, it has pleased various people including young children to elder people and calligraphers.

This is an example of how to use it. 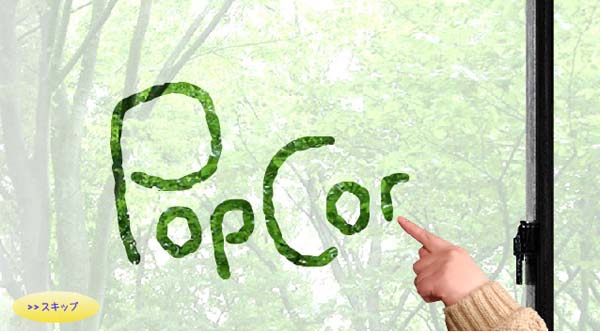 There are three different sizes for the brush and two for the finger part.

By the way the name “popcorn” came after its shape; when it is upside-down, it looks like a corn.