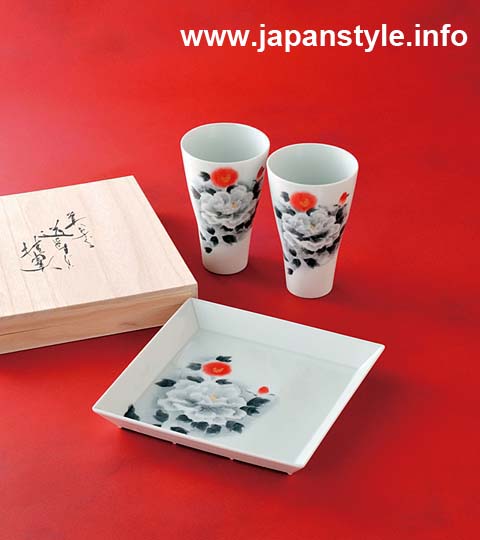 This is the Japanese ARITA ware plate and tumbler set.