Barbers (and everybody else) usually use scissors to cut hair. However, the barber I will introduce today uses a kitchen knife instead of scissors!! That’s amazing, isn’t it!? 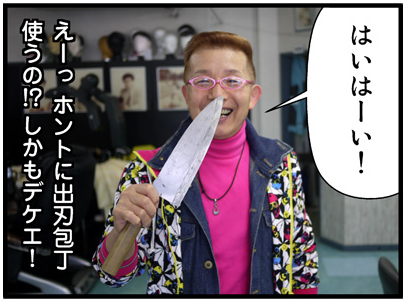 He is the barber holding the kitchen knife.
Wow! What a big knife (*o*)! 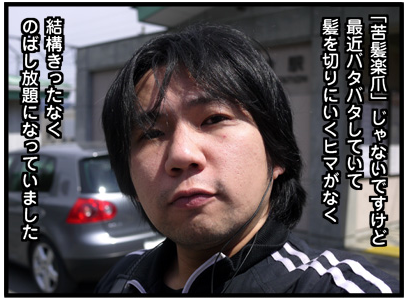 This is today’s challenger.
He’s going to have a kitchen knife haircut. 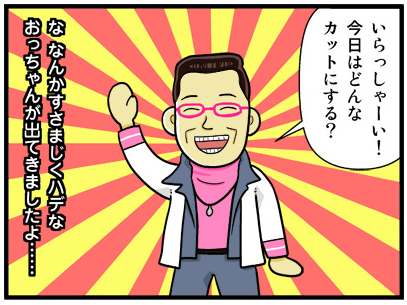 “Hi! Welcome to my shop.
What kind of hairstyle would you like today (^^)?” 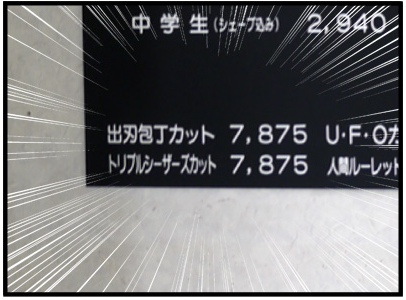 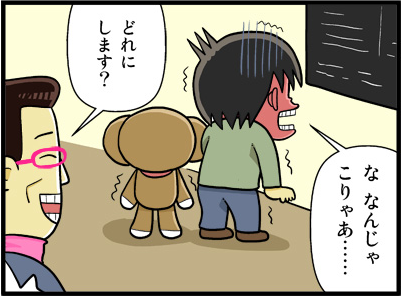 “Would you like your hair cut with a kitchen knife? (^^)” 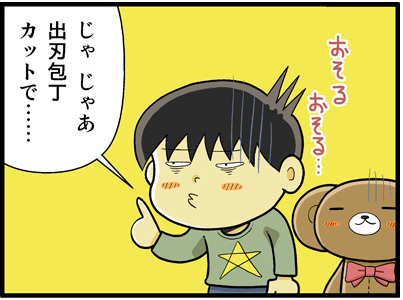 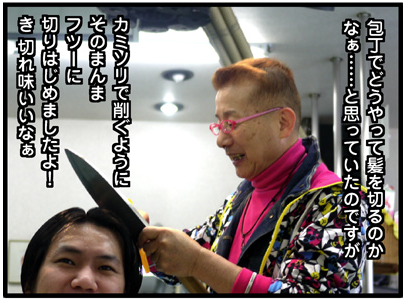 He starts cutting the challenger’s hair, just like using razor.
Let’s see how it goes!

This barber attended a party twenty years ago, and a long haired guy was there. The barber came up with the idea of  giving the long haired partygoer a haircut with a knife from the kitchen at the party (and he actually did cut the guy’s hair). That was the beginning of  the “kitchen knife haircut”. 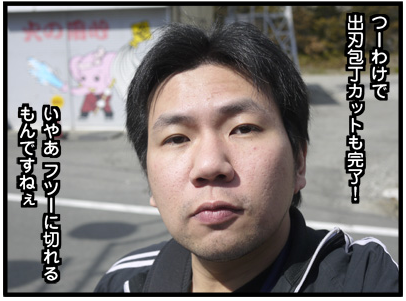 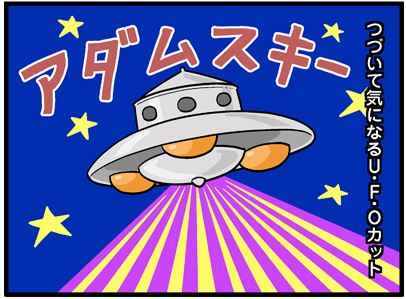 The barbershop has a menu called “U.F.O haircut”. 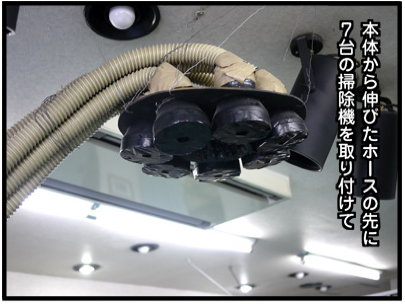 The haircut requires this device.
Seven vacuum cleaner tubes are connected to it! 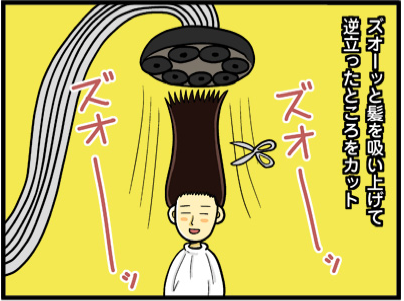 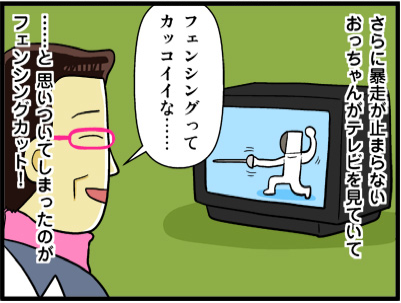 There is another funny menu item called the “fencing haircut”. 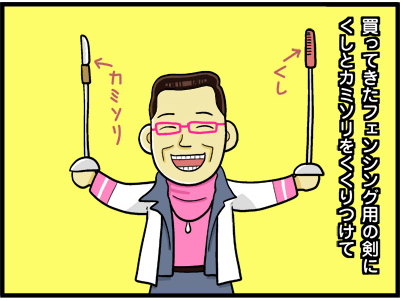 With a razor and a comb attached to foils, 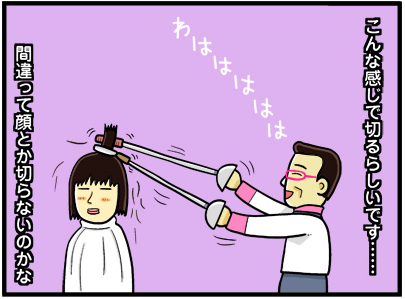 I think this stylist is a man of ideas, and worthy of respect! So, which cut would you prefer (^^)?