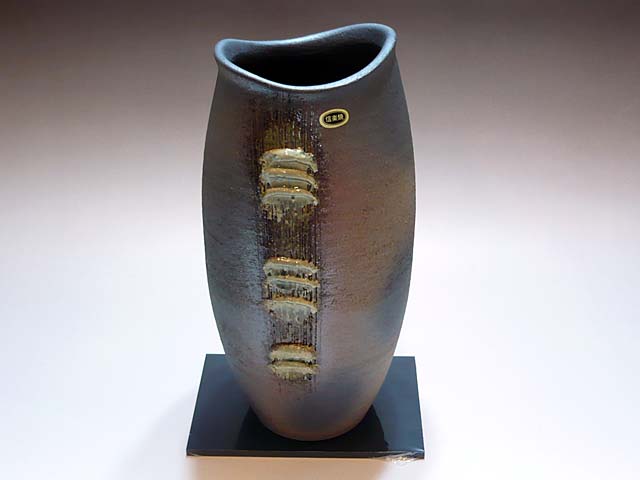 This is a Japanese SHIGARAKI yaki vase.