Wasabi Stories vol.81: “A Bother Modern Convenience and a Syndrome”

“A Bother Modern Convenience and a Syndrome”

The article was about “phantom vibration syndrome”.

“Old days, there were many variations in writer’s excuses. For example, ‘I was sleeping in a train all day’ or ‘I lost my memory for three days.’ Some writers said such nonsense off the top of their heads with serious looks, and I used to be impressed by their guts.” 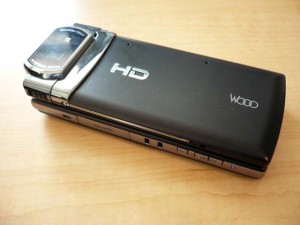 In the present day, since one of the modern conveniences, cellphone has been spread, those excuses can be hardly used.

Sometimes there is a rule like “reply a text message in xx minutes”, and it’s getting bothersome.

Under this kind of stress, she even experienced “phantom vibration syndrome”; it is when you feel your phone vibrate in your pocket but you don’t have your cell phone turned on.

One time, she didn’t notice received calls at all for a while and later she found a lot of missed calls and angry voice messages.

After this bitter experience, she can’t stop checking her pocket to not miss any call, and even feels her phone vibrating when something else moved.

“It’s not a big deal. But it’s obvious that I am afraid of such instrument. A coward is always a coward.”