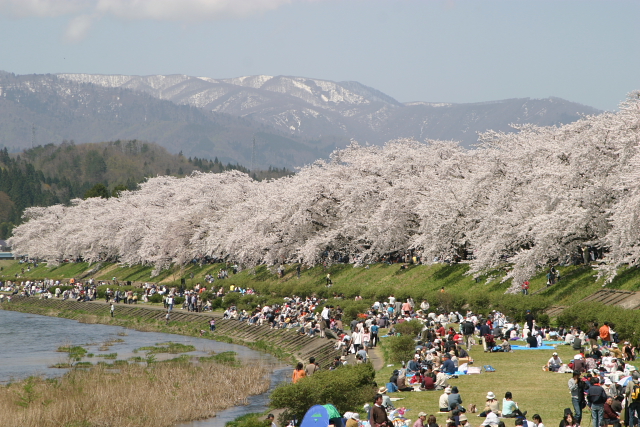 In Japan, we have custom of having party under cherry blossoms in spring.

We call it “hanami” and it literally means flower viewing. 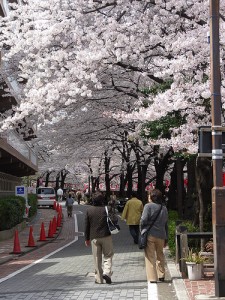 As family, friends or co-workers, people get together and eat food and drink on a spread sheet.

While some people simply do picnic-style hanami, others bring karaoke machines to sing or invite performers to put enthusiasm into the party.

Because so many people groups of people go to hanami, parks are crowded and it’s common that one of the members go to hanami spot in early morning to take their space for later.

Just like Jiro’s story in the video, where he is sleeping in a sleeping bag while he is waiting for other members.

Usually, people make hanami bento in a big bento box to take and share at hanami. 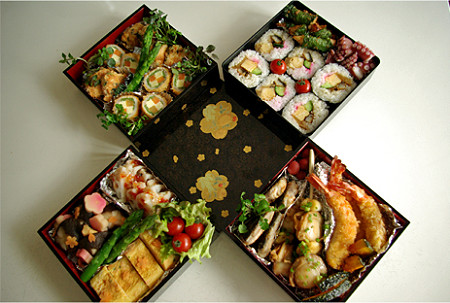 For dessert, we traditionally eat sanshoku dango, which is three colored dumpling! 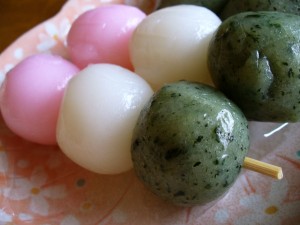