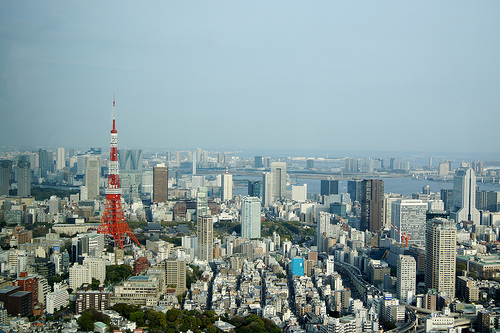 The massive earthquake that hit Japan on March 11 damaged the antenna of a Tokyo’s trademark Tokyo Tower. The tip of the 332-meter (1,091 ft) tower slightly bent. According to the owner Nippon Television City Corp., the antenna is for analog television broadcasting, and the damage didn’t affect broadcasting.

The damage was visible and worried citizens of Tokyo. 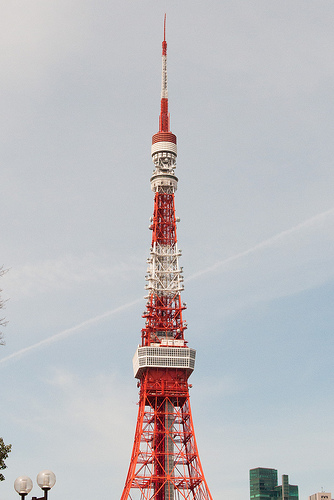 To fix the damage, Tokyo Tower sent four repairmen to the tip of the tower. The video captured the work posted online and became a popular topic on internet forums.

As you can see the four repairmen are hanging down from the tip and making repairs on it. It must have been very risky to work on at such height with small footing.

They already reinforced the antenna and the Tokyo Tower reopened for tourists a week after the earthquake.