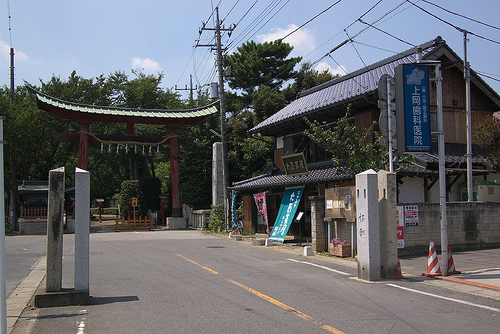 A shrine gate and a Japanese style teahouse — this is a scenery of a quiet town, Kuki, in Saitama Prefecture. The local people had never known that the spot would become a sacred place for anime fans because a popular anime series Lucky Star takes place in the town.

This is a scene where the heroine walks on the street before the shrine. 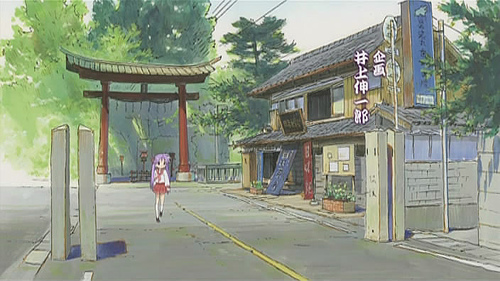 They are the heroines of Lucky Star. 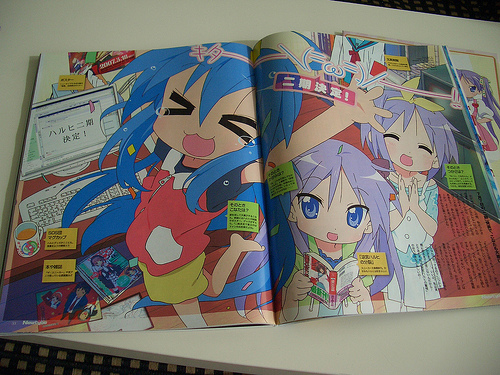 The name of the actual shrine is “Washinomiya,” which means “eagle shrine” but in the anime series, it is named “Takanomiya” which means “hawk shrine,” and the heroines live in the shrine because their father is the chief priest of the shrine.

In a Japanese shrine, votive tablets called ema in Japanese are commonly seen. The tablets are written one’s wishes such as prayer for school success, well-being and health of one’s family. The tablets at Washinomiya Shrine are unique; the visitors draw Lucky Star characters on them. 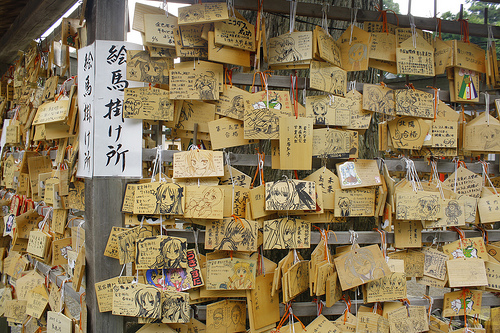 Leaving ema is not the only ritual that the anime fans do at the secret spot. Some of them visit there by itasha (anime character painted car) or some others walk around in the costumes of the characters.

The businesses in the town took advantage of the trend, and they started selling Lucky Star goods to the visitors.

Although the anime series is no longer broadcasted on TV, the visitor to the shrine has been increasing year by year. During this year’s New Year holidays, total of 470 people came to the shrine for New Year’s first visit.