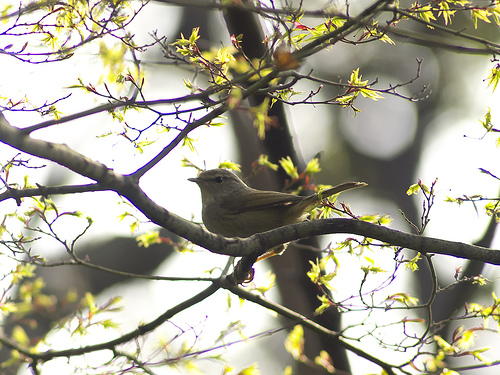 Since old times, Japanese people have loved the warbling of Japanese bush warblers, passerine birds called uguisu in Japanese. Not only the beautiful songs, we receive another benefit from bush warblers, that is their droppings.

In early 18th century, the droppings were necessities for bleaching kimono and removing stains. Because the droppings could bleach fabric without damaging it, people started using them to remove dark spot on their faces and to brighten their skins.

The washing powder made from bush warblers was used by theatrical performers, women in noble, samurai, and merchant families. The beauty treatment has been handed down through the centuries, and it is still used by Japanese women.

Bush warbler’s droppings is called “uguisu no fun” in Japanese. It brightens and smoothes skin, and reduces wrinkle.