The Movies to See Before You Die !? 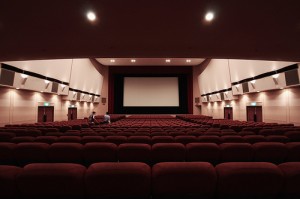 A board titled “The Movies to See Before You Die” seemed lively in Japan’s largest Internet forum “2channel”.

It is not a surveyed ranking chart, so just

Title: “Being John Malkovich”
Comments:
1. It was fun till the very end.

Title: “Contact”
Comments:
1. If you like SF movies, you’d better watch it before you die.
2. Cool movie that even making the world enemy (not herself understood), the heroine carried out her belief.
3. Those of you who liked the movie, I recommend you to read the original book.

Titled: “WALL-E”
Comments:
1. All the characters are nice and purified my heart.
2. Doesn’t it look great with Blue ray disc? You can see how minutely they made.

Title: “The Golden Compass”
Comments:
1. I haven’t read the original novel but I like the world view of this film. The old-fashioned yet fresh costumes and sets are great. The child actor who played the main character is not only cute but also her acting of being obstinate and sly was shining in the film.
2. I wanna see the sequel.

I haven’t seen most of the movies in the list but I saw “12 Angry Men” on TV.

I think the main role was played by Jack Lemmon and it was great.

What movies do you recommend?

2 thoughts on “The Movies to See Before You Die !?”