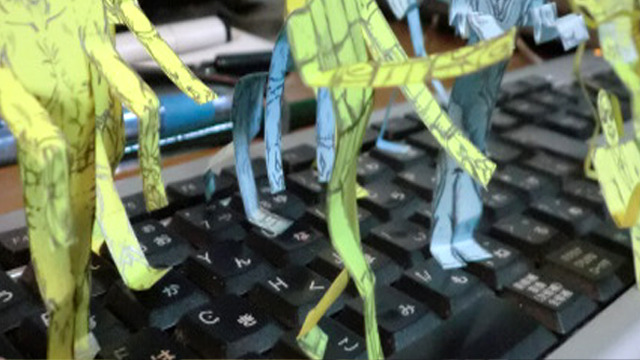 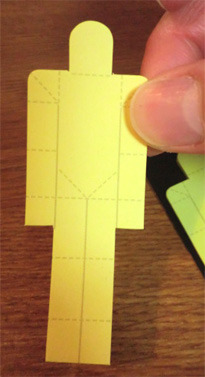 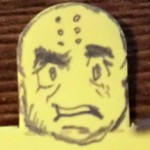 And draw a face on it. You might recognize this face.
He is someone from the popular manga series Dragon Ball! 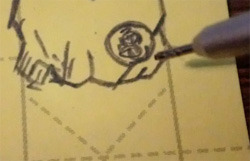 Don’t forget the famous mark of kanji letter on his body!

Draw his both muscular arms.

And a belt as well.

Voila! Kuririn from Dragon Ball!
His shoulders are too square and looks a bit different though…LOL 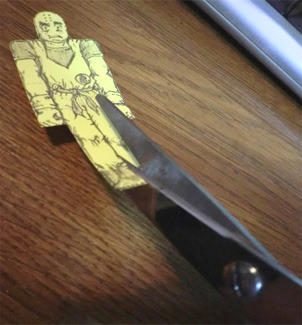 And now here comes the main event from now! Watch closely 😀
Make cuts between his legs / his arms and body. 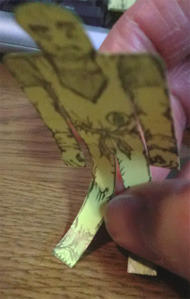 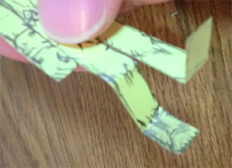 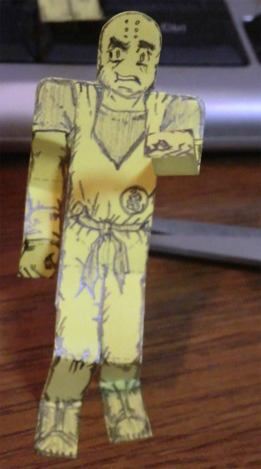 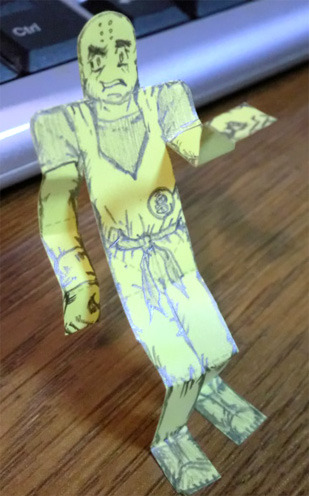 Wow… Looking scary!
This is a zombie rather than a soldier. 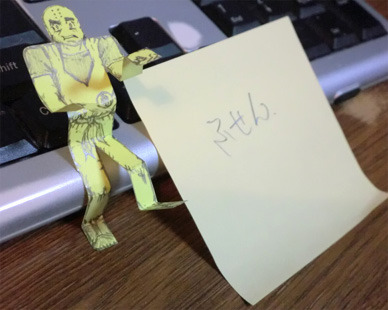 A Post-it soldier (zombie?) and a regular Post-it pad. 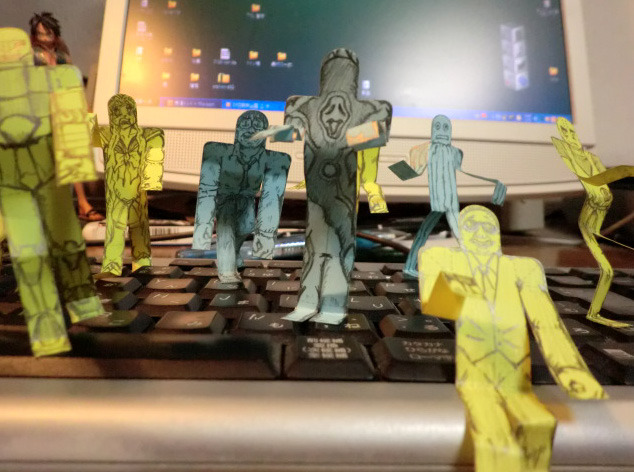 And I recommend you to line up Post-it soldiers, while you’re not playing with them, on the edge of your computer like this. You might make good progress at work! 😉