Let me introduce a blog post from a Japanese entertainment site that I introduce frequently on Japan Style.

It is about a phone booth. 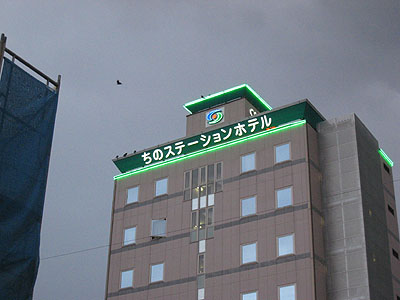 In Chino, Nagano, there are phone booths in front of Chino station.
They turn into bright green in the evening. 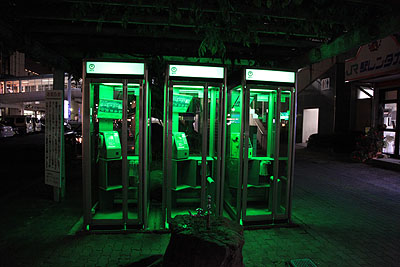 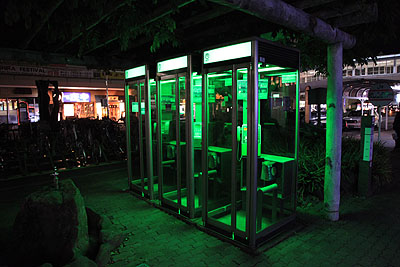 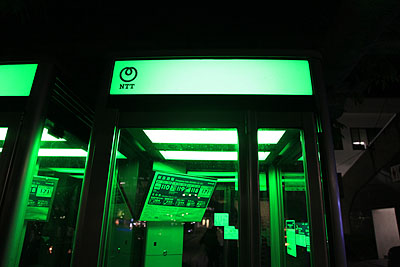 There is a stickers of NTT, a Japanese major telephone company.
So they must be qualified telephone booths.

The blogger has no idea why its illumination is green. The appearance is horrifying, isn’t it? 😯

However, most of the phones in the booths were gray.

Since cell phones are so popular, pay phones are disappearing in Japan. Well, I did not know that there were still such unique pay phones.

So, it was about phone booths even local Japanese get frightened. ^_^