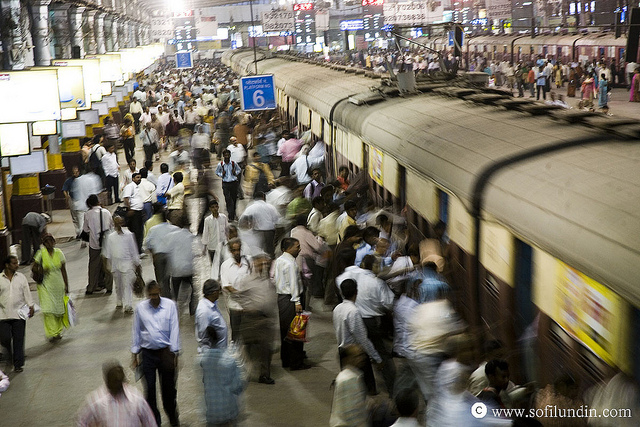 As you know, India is one of the most populous countries on earth. And because of this, maybe they are short on the number of trains needed to support the high population. Sometimes countless people get on (literally “on”) the trains like this >> See the illustration below. 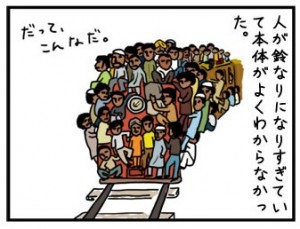 The train looks covered with people, so much that they seem to be sprouting out of it.
The ride seems exciting but obviously dangerous.
I would never want to join them. 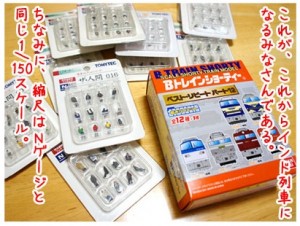 One day our blogger, Ms. B, came up with the idea of making a diorama of a crowded Indian train.
She got a train model and a lot of small, human-shaped figures. 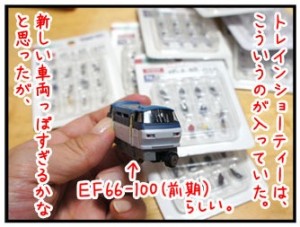 This is the coach Ms. B got.
It doesn’t look like an Indian train, but it will be covered with people soon.
So, we don’t have to worried about that 😉 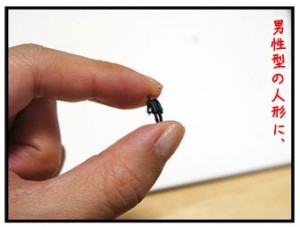 Ms. B picks up one tiny figure, 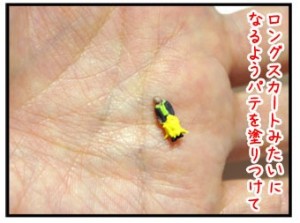 She shapes an Indian garment called a “dhoti” with some yellow putty, 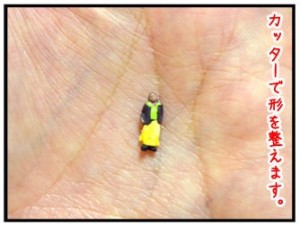 She makes the dhoti part smooth and finishes it up. 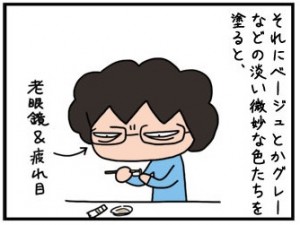 This is some delicate work. Ms. B looks quite tired LOL. 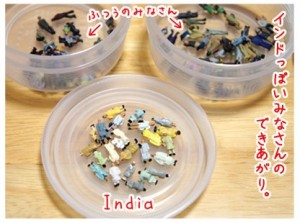 She keeps making Indian men and arranging them on the train…
And then, 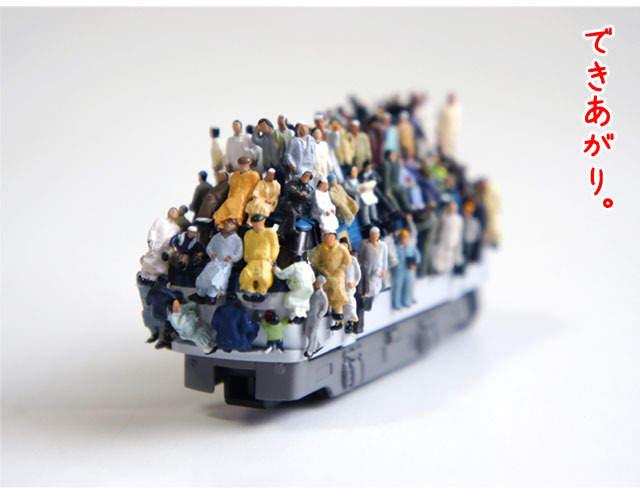 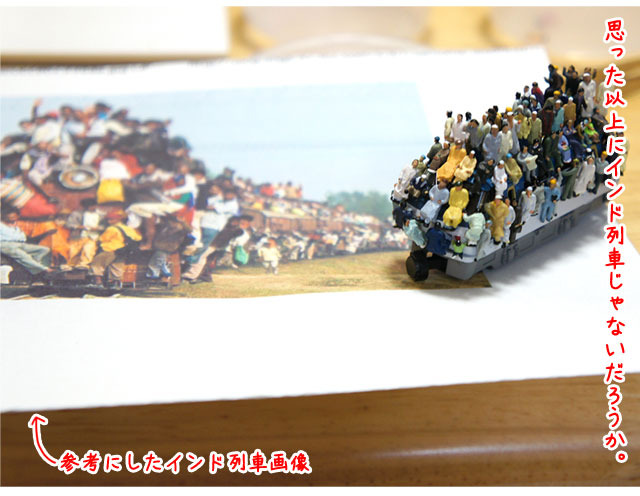 The train on the left is the the one Mr. B referred to.
The model she made looks very similar! 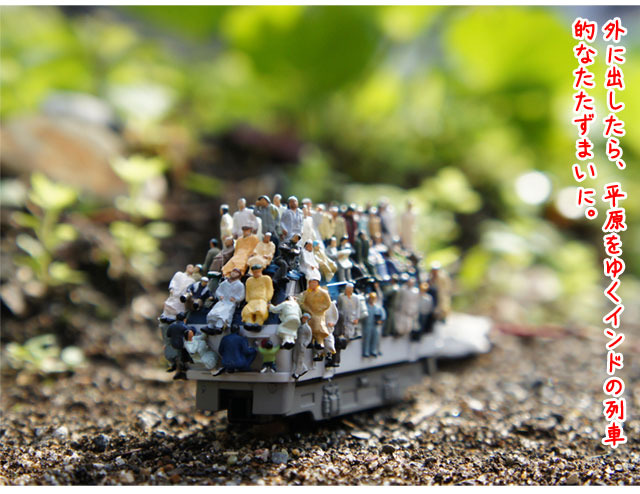 Ms. B takes the train outside and places it on the ground.
With some camera focus tricks, it really looks like a train running through an Indian field.
Quite cool, isn’t it?

But actually, the train is in some shrubbery by the roadside in Japan.