What Are You Going to Do If You Lost Your iPhone!? Part 1

Just as the title says, I lost my iPhone 3GS last week.

To be precise, I left it on a seat of a subway train, which I took on my way home after work. I carelessly left my iPhone behind in the train.

I think many of you also use iPhone, how do you carry it with you?

Personally, because there is no hook on iPhone, I bought a case with a hook and fastened it on the belt around my waist to carry around. 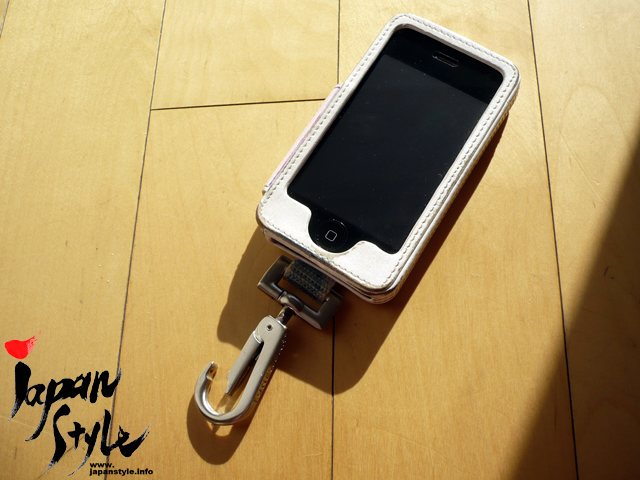 But look at the picture closely, the spring on the hook is broken, and it could’ve fallen anytime.

Because it wasn’t completely useless, I just kept using it though I knew I had to change it.

And then, when I sat in the train, the hook on my waist came off and I got off the train without noticing it.

When I first noticed about it on the platform, I went blank! 😯

It is much more horrible to lose iPhone than losing a cell phone, because I put such applications as twitter, dropbox, evernote, and flickr, plus, I often read gmail on iPhone, if someone found my iPhone saw the contents, it would be a serious matter.

In my case I didn’t lock it with a password, so if anyone tried to see the contents, he could do so as much as he wanted!

Using my head fully, I thought what to do first.

First of all, I called my missing iPhone (I carried another cell phone, which I thought lucky for having two phones.)

I tried several times but no one answered.

Right after that, I went to lost-and-found in the station and I told them what happened and asked to contact me if they find it.

By the way, at this chance I asked the station employees about lost articles, and they said there are lots of things left in train everyday, especially cell phones. But not so many people come to pick them up.

Now I think about it, it is not so big deal to lose telephone directory saved in a cell phone.

At the station they keep the lost items for three days, and if the owners don’t show up or don’t contact them, the station hands the items to police, and they take over the task.

Only three days. I was surprised how short that is.

Anyway, it is a different story with iPhone. Since it has all kinds of data that is secondary important to my life, it would cause very serious problem if it was used for the wrong purpose.

After all, as the station employees recommended me to do so, I immediately stopped the circuit of my iPhone (only the telephone circuit and I couldn’t turn off the wifi function, so I was still afraid of data leak.)

With uneasy feeling, I went back home. I changed all the passwords of twitter and gmail, and after that I enter “iPhone lost” in the google search box. I just wanted to know what other people who lost iPhone.

Meanwhile, I got a phone call from the rail company at 10pm.

They found my iPhone!

At Shibuya station, it was found on a corner of the seat untouched.

Because I had given it up for lost, the phone call made me really happy (^_^)

Sine it was late at night, I went to pick up my iPhone early next morning to Shibuya station. 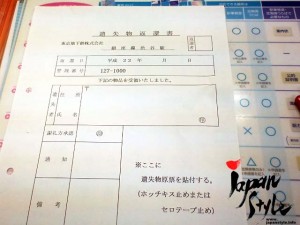 Holding my iPhone that I have special attachment, and that I thought would never come back to my hand, I praised myself as “the man with the luck to escape trouble” LOL.

Well, this is not the end of the story.

When I searched about losing iPhone, I found a blog titled “what to do when you lost your iPhone,” and the post was very interesting. So in the part 2, I will share the information just in case you get in the same trouble, it will help you.

Please be look forward to it!