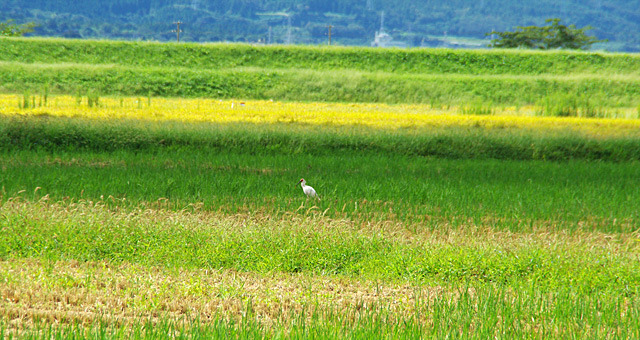 Japanese crested ibis is well-known as endangered species in Japan, has been registered as a special Japanese natural treasure and is an internationally protected bird.

Until Edo era, the Crested Ibis was widespread in Japan, but from Meiji era, people began to hunt it excessively due to an increase in demand for its feather and meat. It led to its drastic decline, and now it’s disappeared from most of its former range. The last wild Japanese Crested Ibis died in October 2003, and now the growth is protected by the Japanese Crested Ibis Preservation Center in Sado island, Niigata prefecture.

In 2008, the Preservation Center released 10 of the birds on the island as part of its Crested Ibis restoration program, which aims to introduce 60 ibises into the wild by 2015. In 2012, it was confirmed that 3 chicks had hatched on the island.

So, we can rarely see the birds outside the Center, but if we are lucky, we may be able to see them living in nature.

The writer of this article actually went to the island, and tried to find the Crested Ibis living in nature. 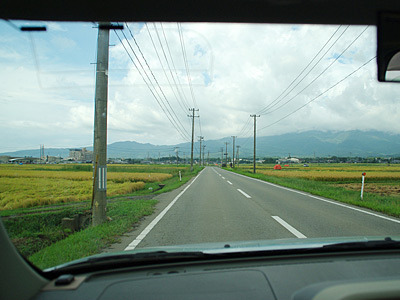 He took ferry from Niigata with his car.

When he departed from Niigata port in the early morning, it was raining there, but it’s kind of nice weather in Sado.

Well, though Sado is a small island, its dimension is 855 square kilometers, it’s about half the size of the capital Tokyo.

According to the information he found, there are about 50 Crested Ibises currently existing on the island. Is there any way to find one of the 50 birds in such a a wide range of field?

Probably the possibility is nearly zero without any clues, so he asked a person, Mr. Miyagi who lives on the island and often sees the birds, to bring him a place where the birds often gather for their food.

Going forward a narrow path in the rice field, they found some white birds gathered in the distance.

“Are they the Crested Ibis?? We found them already??”

The writer did not know the detail about the figure of the Crested Ibis, but he got already excited about finding something white.

“OK, let’s enlarge them with this tele lens camera!”

Mr. Miyagi watched them through a binocular and said,

“Those are egrets! All of them are egrets, they are not Crested Ibis.”

He was disappointed not to be able to find the Crested Ibis at that time, but it also motivated him to find it anyway because there should be somewhere on the island.

Anyway, he needed more detail about the Crested Ibis first, how it looks, how he can define the birds.

So he decided to go to Tokinomori (“The forest of the Crested Ibis”) Park to see the actual birds before looking for it outside.

He has seen the birds on TV before, but he doesn’t remember the detail.

Its head is partially bare, showing red skin, and it has a dense crest of white plumes on the nape.

It’s quite different from the egrets they saw a few hours ago in the field.

There was the Japanese Crested Ibis Preservation Center next to the museum.

You can see the protected Crested Ibis from 20m away over the fence at the Center.

Until Edo era, there were many Crested Ibises lived in the wild nature, but now they live only in inside the fence.

What is the cause they cannot live outside?

Seeing those birds, the writer deeply concerned about this situation.

On the next day, he went toward the place where Mr. Miyagi told him the other day, and tried to find the birds again.

Nice and clear sky was behind him and encouraged him to find the Crested Ibis.

But it was not so easy.

There were many birds other than the Crested Ibises such as egrets, Kites and crows.

Now he can see the difference of the Crested Ibis from the other birds.

When he was watching around, something white suddenly came in his sight in the distance. The chubby-looked animal was standing with some other animals in the distance, but he could not see if it was a bird or a rabbit. It was too far to define. 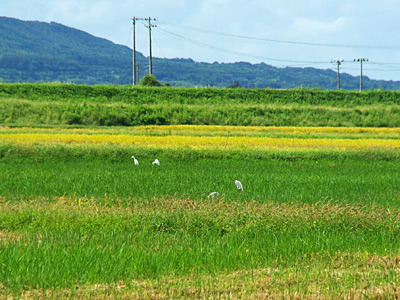 Let’s see with the camera.

It seems to be the second one from the right, but it’s standing with the head lowered, so it still cannot see. 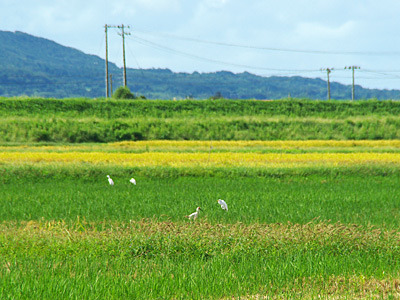 Is it Crested Ibis?

After watching for a while, it raised its head. 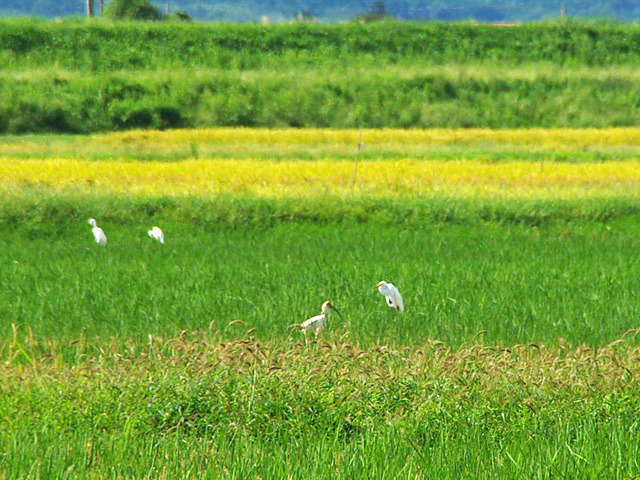 He finally found the Crested Ibis.

Between other birds, it was standing at conspicuous figure.

That’s the Crested Ibis which is rare species of birds in Japan.

It’s so impressive! He is so lucky!

He finally found the bird living in nature.

He felt so happy to see it, and prayed for the bird to live a long time in the future.

Now we have seen his big challenge. What do you think?

I am really happy to see the bird through his report, I would like to thank him for showing like this.

I believe that it will definitely be his unforgettable experience in his life, the photo he took will be a valuable treasure for him.