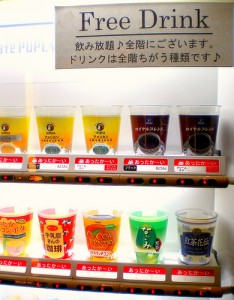 In Japan, Internet Café (known as Netto cafe) and [W:Manga cafe] (known as Manga kissa) have been popular since about 2002.

The cafés are cozy, fun and convenient!

Concerning the services and the fee system, both places are almost the same, and many of them are open 24 hours.

Both have manga and internet but manga cafés have more manga.

You can get an individual room for your self to hang out.

As these cafés became popular, new style cafés are born one after another.

There are cafés that have showers, pool tables, table tennis and darts. 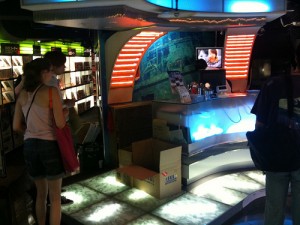