There are several big cities in Japan, and Tokyo is the largest one among all big cities in Japan.  Sometimes moving up to Tokyo may require a bit of courage for those people who are from smaller cities.  But I guess majority of them make a move to the capital of Japan with enthusiasm looking for their dream careers.  Today, I picked up an article, which writes about how people find Tokyo after moving into the area from their hometown.

For this article, an survey was conducted to see if there is any difference between what people expect in Tokyo and reality targeting 200 people who have moved to Tokyo from other areas.  They include both male and female, and their age ranges from 25 to 34. 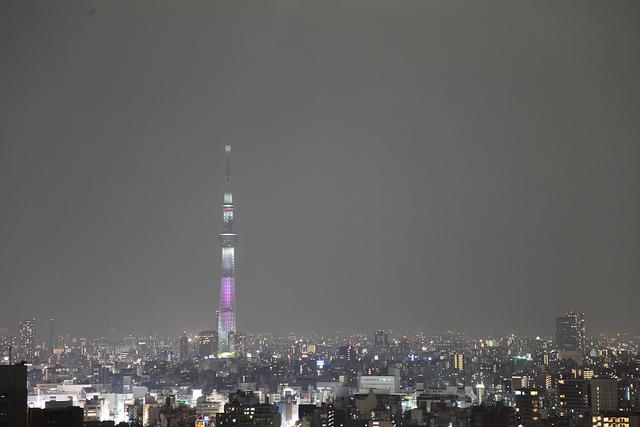 The survey results clearly showed that people generally expect Tokyo to be dangerous, complicated and somewhere special; majority of people expected to see celebrities once they move into Tokyo.  Well, you do probably have more opportunity to see them in Tokyo as more celebrities live there, but that can be as often as once 5 years or less. But this could not only depend on if you are living close where celebrities’ live, but also if you are lucky or not?? (-_-;)

Also, some people just cannot get on with complicated routes and traffics in Tokyo, and they often are surprised with advanced facilities in stations.  Price of parking is another thing; it could be as expensive as flat for rent in their hometown!!

Complicated route…  I can see some routes are just overly complicated to drive, and yes, the parking space could be equivalent to reasonable flat for rent…  ouch (><)!  That is why you often see people living in very small houses in the area, too…

Interestingly, the article also suggested that some people do think moving to Tokyo will help finding a girlfriend/ boyfriend a lot more than their hometown, and you will be blamed if you don’t find one living in Tokyo! Lol

Well, there may be more people living in a smaller range of area in Tokyo, but that does not automatically mean that you can get your partner easily?? Lol  Hmn, I guess people are just generally envy of people who managed to make their move to Tokyo, and tend to tease such people…?  Hmn, maybe…

Let me know what kind of image you used to have against Tokyo, and if that images were changed after your visit to Japan.  I’ll be looking forward to hearing from you.