A creepy monster train, called “yokai densha,” has been running in Kyoto since last week. “Densha” means train, and “yokai” are monsters in Japanese folk tales. In the black lighted train, there are some yokai monsters, scarring passengers.

This is inside of the yokai train. Some straps are gloves. 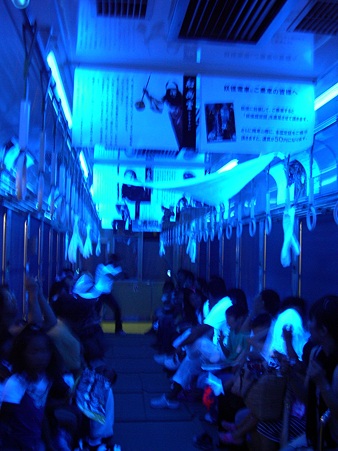 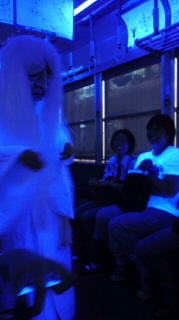 Yokai with one eye on his forehead sitting. 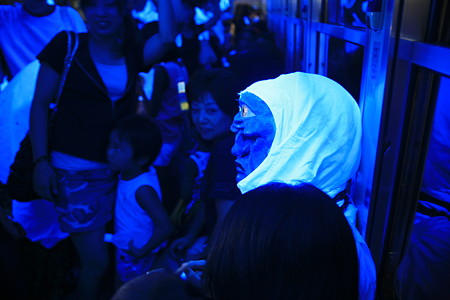 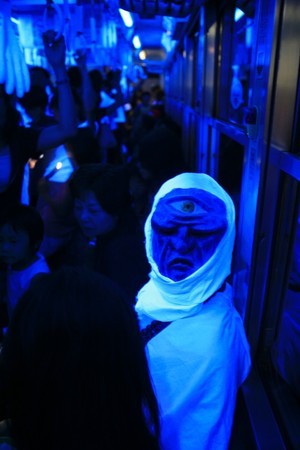 The yokai train has run between Arashiyama station and Shijo-Omiya station of Keifuku Electric Railroad. The fare is 200 yen (about US$2) but for a passenger who dressed as a yokai, it is only 50 yen (about US$50 cent). Today is the last day of the train. I think it will come back next summer though.

In Japan, rail companies (especially in smaller towns compare to urban cities) sometimes have unique events in their trains to revitalize the regions. For example, “furin train” and “toy train” have already introduced in this blog.