“Garigari-kun” soda flavour is one of the most popular and well-loved ice lollies in Japan regardless of gender and generation.  But it seems Garigari-kun ice lolly will be introducing new flavour, corn potage soup flavour early next month. 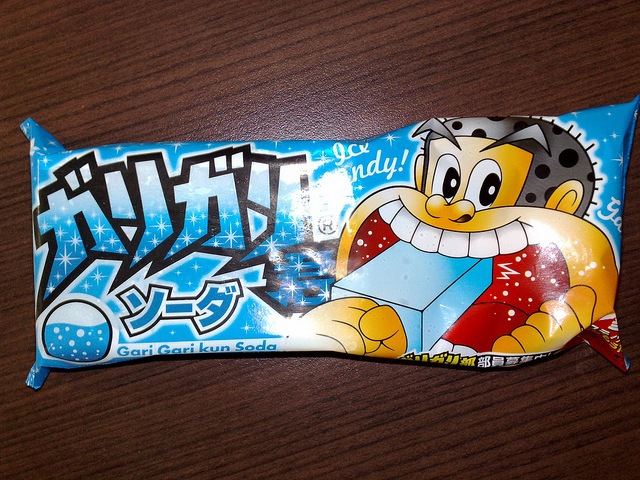 As a limited sale of pear flavour became a huge hit last summer, many people are waiting in anticipation for this new flavour, too!  Well, of course, including me 🙂 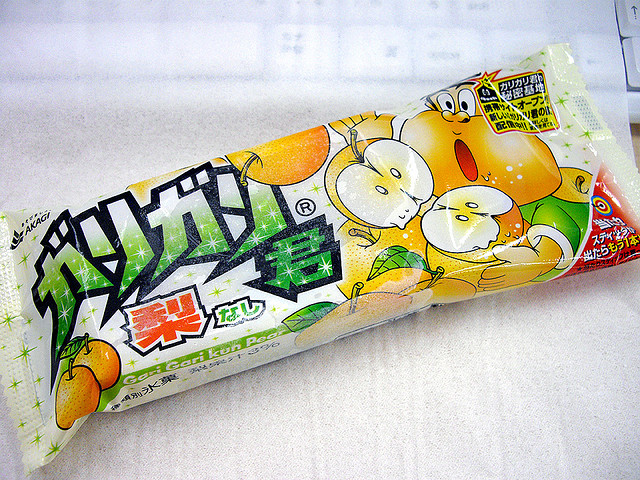 But as you know,corn potage soup is warm soup, so some conservative Garigari-kun fans seem are strongly opposed to the idea of corn potage soup flavour; they still want Garigari-kun to be nice and refreshing rather than being adventurous.  On the other side of the argument,of course, there are some in favour of the corn potage ice lolly, saying that it must be nice,  just like vichyssoise.

…But here is the good news!  It seems a daily product manufacturer used to sell corn potage flavoured ice cream on the Tohoku Shinkansen, and it was a very hot item back then.  Then why not as a new flavour of Garigari-kun??  Of course, it may well be another great year for all Garigari-kun supporters this year (＾▽＾)

Please let me know about the popular ice cream/lolly of your country, too♪