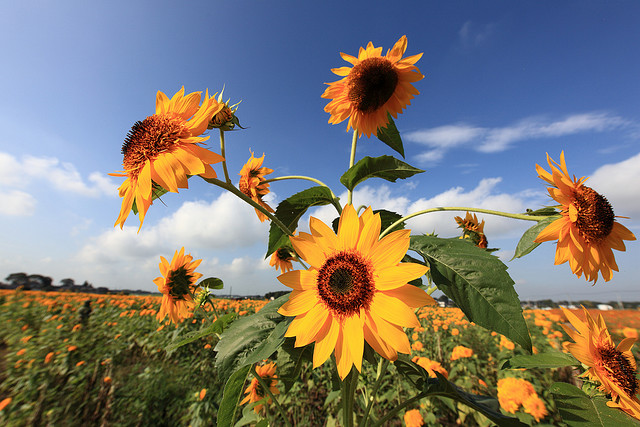 What is the most impressive memory of your childhood summer vacations? According to a survey, most Japanese people say “radio taiso (gymnastic exercises)”.  Radio taiso is used “as a way of building morale and a sense of group unity, as well as to raise energy levels and encourage good health” (reference: wikipedia).

Neighborhood communities and schools hold radio taiso during childrens’ summer vacation. Children have to wake up very early in the morning and go to a park or schoolyard. They collect a stamp every morning. And at the end of summer vacation, a child gets something nice according to the number of accumulated stamps 🙂 I remember radio taiso started at 6:30. It was too early for me, and I have no memory of “something nice”…

Here is a video of radio taiso. Nobody seems very enthusiastic. Maybe too sleepy, haha (^^; 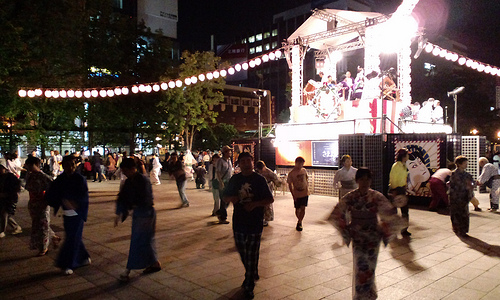 I would like to share some other childhood summer memories of Japanese children. One is Bon odori (Buddhist summer dance festival). A scaffold with many paper lanterns is build at a park or schoolyard, many food and amusement booths open, and people in yukata (summer kimono) join. 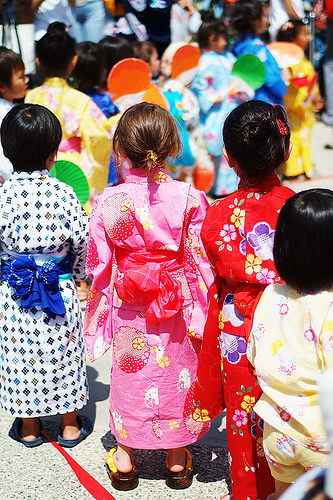 Wearing yukata is very special even in Japan. For children, joining bon odori in cute yukata is often an unforgettable beautiful summer memory 😀 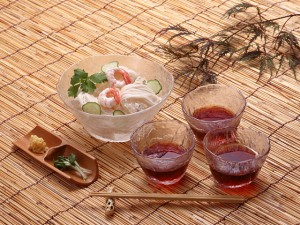 Most events happening during summer vacation create good memories. But how about the negative side?  Children get tired of a lot of homework  (maybe the same thing happens everywhere in the world, but school goes all through summer in Japan), and also get sick of somen noodles! Somen is easy to fix for Japanese mothers who got tired of preparing kids’ lunches every single day…  (^^; I think there are still many children shouting “somen again!?!?” at lunch time lol.