Kesennuma city is one of those area where was severely affected by the Great East Japan Earthquake, and picture of a massive ship on the land may be still fresh in people’s mind.  But, of course, reconstruction work has been progressing in this area like other areas in Tohoku region.  Today, I would like to write about a project launched in the city of Kesennuma as a part of reconstruction activities. 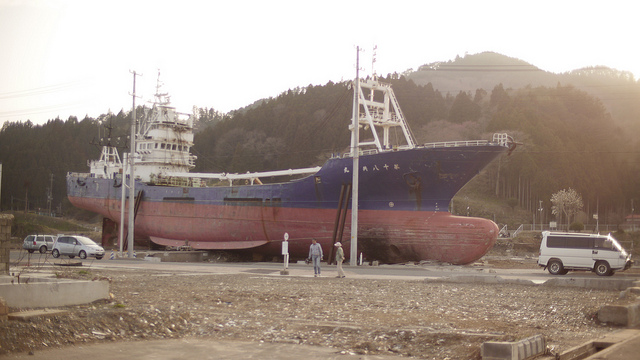 In the city with mountain, plain field and sea, almost everything – industry, energy, food culture and people’s life, and so on…- has been closely related to the rich resource from sea and mountain.  As people from both sea-side and mountain-side worked together to find ways of reconstruction, a person who has owned a fuel supplying company in the area wondered if he can utilised the city’s rich resource from sea and mountain to contribute reconstruction of the area, and launched a project called Kesennuma Smart City Project to introduce renewable energy to the area.

According to an article, mountain has to be developed and maintained in the 30 to 50 year time span.  Trees need thinning at least twice during the time span.  But as the price of Japanese trees went down and people started to realise that tree thinning does not really worth doing for money, the number of unmaintained mountains are increasing all over Japan.  It seems Kesennuma is not particularly famous for forestry; however, as a part of reconstruction plan, generation of renewable and sustainable energy caught the man’s attention.

The type of plan he consider is a small scale one to use thinned trees, and run gas engine by changing thinned trees into gas. So basically, the idea is to create an energy using local resource, and use the energy locally.  It seems there is not many successful cases in this type of plant in Japan, so if he succeeds, it will not only contribute to the reconstruction of the area, but will also be a rare success case in Japan, too. 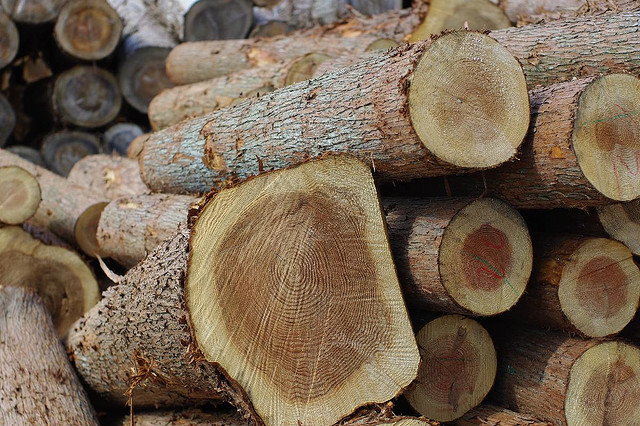 The leader of the project recalls in the article that he wasn’t an expert of renewable/ sustainable energy at all when he started the project, but probably the fact that he didn’t know much about it helps him a lot to start the project since some of Japanese organisations didn’t even recommend him to start his project in the first place.  But the nature of the town convinced him that wood biomass project can only be realised in Kesennuma which has got rich resources.

With a help of supportive overseas organisations and his colleagues who were moved by his passion, he managed to have his plant all ready to be operated.  The heat energy will be supplied to hotel and fish processing industry where require 24 hours energy supply.  It seems a part of thinned trees purchased is provided as fire logs for local people.

When this kind of project starts, cornering of the material and it effect for the market can be a concern, but if the plant only uses thinned trees which has to be done to sustain forest, and if some will be provided to the local residence cheaper, I think this is a very beneficial for the area and its reconstruction!  I hope his plant works with no problem!